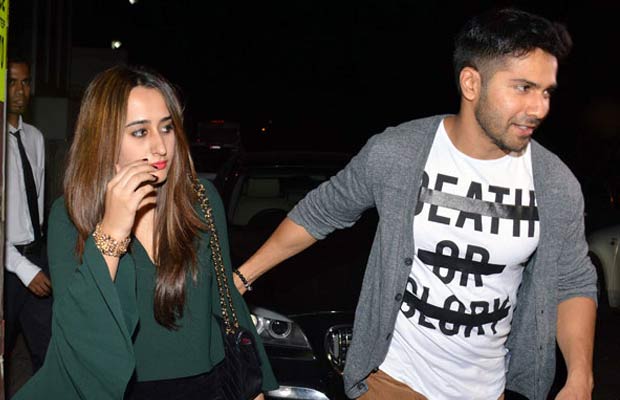 Varun Dhawan is an entertainer at heart and loves to be professional at all times. He loves meeting and talking to his fans but is seldom witnessed discussing his personal life publicly. He generally avoids questions about his private life and is a hardcore demanded of privacy.

However, media men often tend to ask the actor about is personal life persistently, pressing on his love life and rumoured girlfriend Natasha Dalal.

The actor was recently spotted at the promotion of his upcoming film Dishoom where he firmly clarified that he is never going to discuss his personal life with the media. He said, “I won’t talk about my love life, why should I? Fans don’t want to know about my personal life. Media is a circus and I don’t want to put a girl under the limelight for all wrong reasons,” said Varun.

Now isn’t that a very sweet and charming answer by the star!

Dishoom, directed by Rohit Dhawan, is all set to be released on July 29 and will star Varun Dhawan, Jacqueline Fernandez, Akshaye Khanna and John Abraham in lead roles.