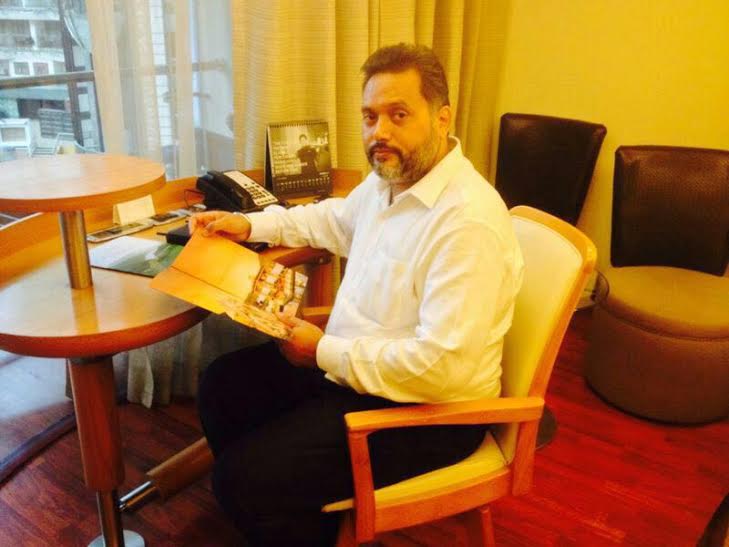 Mr. Baldev Singh Bedi is a true cinema lover at heart and has a wide experience in the Indian Film Industry. He also has exposure to the industry in various segments like Entertainment, Media, Film distribution and Film Production under the banner ‘Shree Rajlaxmi Entertainment’. He started the career into film distribution decades back and is now taking his love and passion for films to the next level as a Producer in Bollywood. He has the phenomenal record in Releasing, Re-Releasing, and Distribution of over 450 Films. His upcoming Bollywood Movie Love Day is the first movie produced by Mr. Bedi and his banner. ShreeRajlaxmi Entertainment has other movies in the pipeline such as Love Day (Soon to Release), Shree Gautam Buddha(re-release), Koi Na Koi Chahiye and Amrapali.  As a Producer, Mr. Baldev Singh Bedi credence lies in newcomers. Though his Movie Amrapali will have the Veteran Actor Vinod Khanna and  Cult Actor Ashutosh Rana  in a significant role, the title character of “Amrapali” will be played by Jinal Pandya. Baldevji has Saroj Khan on board who ensured all of Amrapali’s moves and postures are in beautifully created keeping in mind today’s audiences Jinal underwent 3 months Dance  practice  sessions with Bollywood’s  Ace Veteran Choreographer Saroj Khan (well known as Masterji).

Mr.Bedi has the vision of Infrastructural Development in which he is emerging with the concept of the 21st Century Townships under the banner ‘The Royal creation Builders and Developers’, the company also deals in Land trading, land acquisition for corporate companies. He is in the financial sector, information technology and is also into Logistic Industry ‘ShreeRajlaxmi Logistics Ltd and Warehouse Property’. He is one of the Directors of Shree Rajlakshmi Power Limited. Company deals in generating 5000 mgwt in Solar energy program as Prime Minister Modiji has given the chance to the power sector. Office  Located  at Thane, Mumbra in Maharashtra deals in production, collection and distribution of electricity PAN India.

Mr. Baldev Singh Bedi’s indefatigable power factors are – Self made determination-qualities, Organizational skills, Project Planning, Up to date effective implementation and business consulting. In his career path, he has bagged a total experience of around 30 years in the respective fields. He is determined to create all that which will provide the perpetual solution to the society.