Varun Dhawan reveals two Bollywood couples who are in a relationship.

Well! Yesterday Varun Dhawan spoke about relationships and named two such B-town couples making it so obvious for fans to predict their actual relationship status. 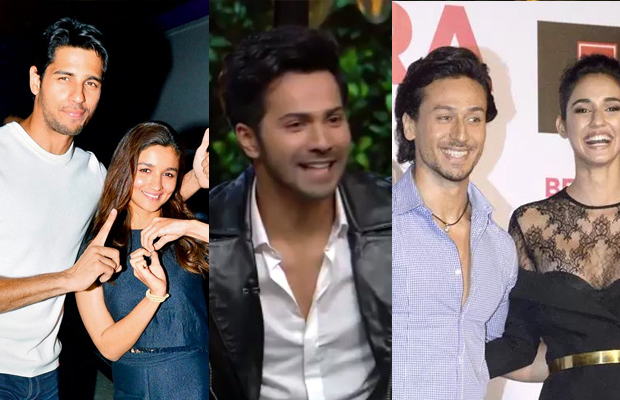 Well! When Karan Johar asked Varun about what Tiger Shroff had and he didn’t, Varun named Disha Patani. Which means that the two are in a relationship. Also, when the same question was hit on Varun for Siddharth Malhotra, he slightly looked at Alia Bhatt and made no comments. Well! Well! Although, there have been no play of words from his side but the look kind of made it obvious for fans.

Alia Bhatt and Varun Dhawan made it a quirky episode by bringing in Karan into an awkward state just with his signature style. The two conducted rapid fire rounds and a coffee shots round for Karan. Karan was seen giving amazing answers and performances.

Let’s wait for the two hit the screens with Badrinath Ki Dulhania.