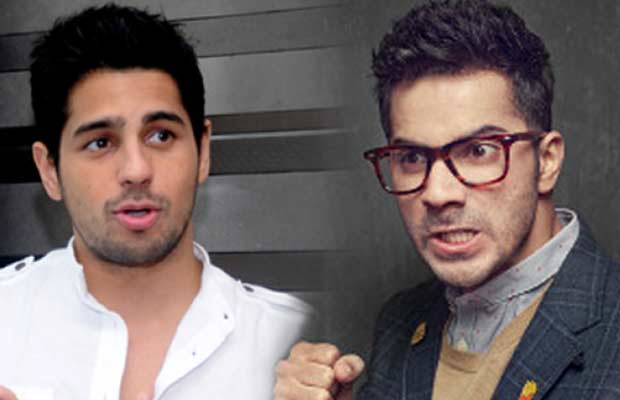 [tps_footer]Varun Dhawan is on cloud nine with back to back films in his kitty. The actor who is considerably new in the industry has already given a couple of hits. Varun who is rightly called one of the most handsome actors in the young lot was last seen in the much hyped film ‘Dilwale’. The actor is not only gaining headlines for his films, but is also garnering attention for his love life.

The Dilwale actor right from his debut has been linked with various actresses. Not confessing anything about his personal life, Varun is also mum about his serious girlfriend Natasha Dalal. Varun and Natasha surely can be called childhood lovers as both the celebrities know each other since ages and have been buddies. However, the mind blowing actor refuses to confess anything about her amidst the masses.

Recently, the Badlapur actor was spotted with Natasha at a friend’s wedding in Goa. Since then, the rumors of him tying the knot with Natasha have been making rounds. Clarifying on all the speculations, Varun has confessed that he does not have any plans of getting married now.

When the actor was recently asked to comment on his counterpart Sidharth Malhotra and the level of competition with him, the ABCD 2 actor calmly confessed that he does not see it like a competition. The mind blowing actor added that it is normal in the industry wherein sometimes one film works and one does not.

The humble star also praised Sidharth Malhotra saying that he is a very good actor and will surely bring amazing work in the coming years. Additionally, Varun Dhawan has also revealed that he wants to experiment with his versatility currently and is open to selecting different genres.

Nailing the success quotient to the core, Varun will soon be seen in the film ‘Dishoom’.[/tps_footer]