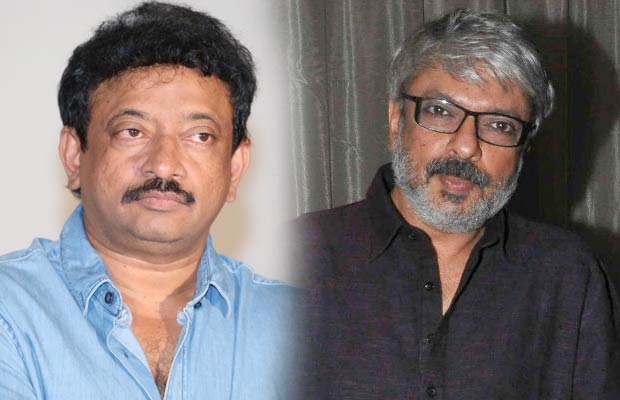 [tps_footer]It’s so common to see Bollywood actors, directors, producers to promote their upcoming movies on television by featuring the entire cast of their project or just the lead actors in those television shows which have high TRP ratings. But, it’s once in blue moon kind of a thing to happen if you spot Ram Gopal Varma promoting his upcoming in a television show. First of all, Ramu makes less number of movies now and he is not an enthusiastic person to go on a promotion spree or maybe he knows what will be the fate of his movies that he avoids spending a lot on promotions.

Jokes apart, Ram Gopal Varma was seen promoting his movie Veerappan in Comedy Nights Bachao and he shocked Bharti Singh, Krushna Abhishek, and all the team members of this show by his comments and acts. RGV is a director but not a funny entertainer and he just proved it right here. He was asked a question related to Sanjay Leela Bhansali and instead of answering the question he ended saying that he doesn’t know anyone of this name.

Now, we don’t know if Ram Gopal Varma is going through short-term memory loss but it was a weird answer he gave to toss the question. As a part of the show, Ramu even acted as a mannequin, well it’s the easiest way to act is not to act and just stand like a statue and use your energy to take a dig at a maestro filmmaker like Sanjay Leela Bhansali. This sounds so like RGV!

Anyways we hope RGV‘s movie Veerappan makes more news than his tweets and comments on others.[/tps_footer]