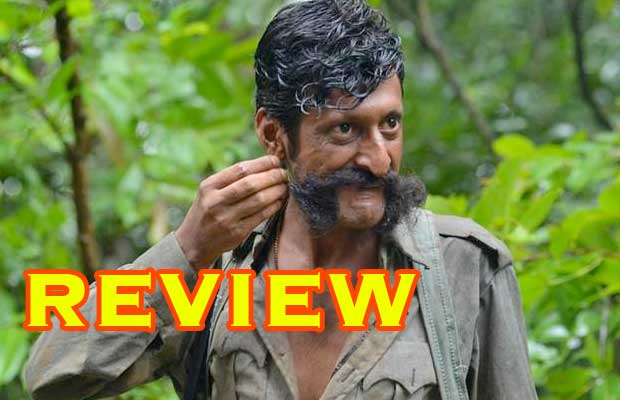 Gist of the film: Veerappan starring Sandeep Bhardwaj, Sachiin Joshi, Lisa Ray and Usha Jadav is directed by Ram Gopal Verma. After films like AAG, Ram Gopal Verma has brought something bearable this time but you can bear it up to an extent, but not after that. Veerappan from trailer looked really promising but actually it follows the policy of, All that glitters is not gold. Seriously Ram Gopal Verma should officially retire. So Veerappan is story about a criminal who was chased by police for 20 years. He was dangerous, cunning and shrewd. But sadly Sandeep Bhardwaj who portrayed the role of Veerapan was good with his appearance but when it came to his poise and baritone he just failed. The locations and the shooting done was fantastic. But the storyline was miserably lacking. Yes we know Veerappan was killed, but this was way to dramatically portrayed. Sachiin Joshi as a cop was good enough to watch but Lisa ray was sadly a complete misfit.

What is the film about: To begin with Veerappan is a story about a criminal who was not only smart but was a threat to everyone.Veerappan was a gangster who had multiple businesses of smuggling, kidnaping and killing people for money and popularity. To kill him was a big responsibility for the Indian police and hence after trying out several missions they found one ideal plan to kill him. The movie will give you a brief light on Veerappan’s early life, his personal life, his working style and will also highlight his weakness and smartness. Movie is shot in a really good way, you can actually relate to that era of Veerappan but then the dialogue delivery and over acting makes it fall flat.

Wow moments: Locations are a wow moment. The way it is shot is beautiful and it will appeal to the audience in many ways. Sandeep Bhardwaj as Veerappan looks good in some areas but falls flat in some. Sachiin Joshi has done a good job.

Boring moments: Boring moment is the story line and the over drama quotient. Our directors should understand that loud music works only in some films and in this film it was completely unnecessary. No doubt the direction and screenplay is crisp. But still there are jerks in some shots and that looks really bad on screen. Dialogues could have been better and the story could have been conceptualised in a much better way.

So what to do: If you like Ram Gopal Verma and if u are curious to know about Veerappan then you can bear to watch this film. Or else you can spend that money for partying somewhere.