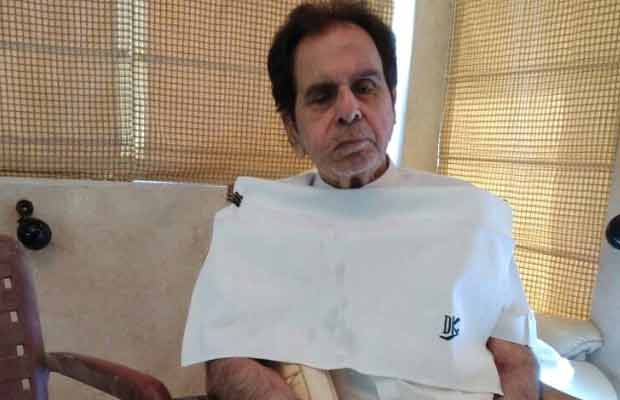 Dilip Kumar has been admitted to Lilavati Hospital in suburban Bandra, Mumbai

Legendary actor Dilip Kumar was rushed to a hospital in Mumbai on Wednesday evening. As per media reports, Dilip Kumar has been admitted to the hospital for dehydration and urine infection.

The veteran actor will be kept under observation for two days for proper medication. As per media reports, Dilip Kumar is currently on antibiotics, which will be given to him through an IV drip, that has been accommodated in ICU.

Meanwhile, his family confirms that the actor is all fine and stable. He will be shifted to the regular hospital room after keeping two days under observation in ICU.

Kumar’s nephew Rehan told PTI: “He was admitted due to dehydration and urine (tract) infection. He is not in the ICU… He is in a normal room. He is fine now, there is nothing to worry,.”

He added: “He is under observation and expected to be in the hospital for two days.”

Dilip Kumar was last seen on the big screen with film Qila (1998). The Veteran actor has been applauded with hundreds of awards for his films through decades. The Government of India honored Kumar with the Padma Bhushan in 1991, the Dadasaheb Phalke Award in 1994 and the Padma Vibhushan in 2015.