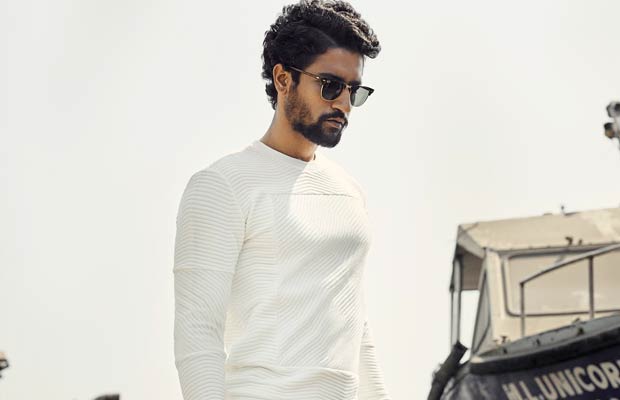 [tps_footer]Vicky Kaushal who will next be seen in Raman Raghav 2.0 is playing the role of Raghav who is a cop living on the edge influenced by all the vices. His character on screen is shown a cop who doesn’t play by the rule and is a drug addict. To bring about a natural look to the sequences where Vicky‘s character is shown to be consuming drugs, the makers of the film came up with a genius idea to mix Glucon-D and corn starch to give it an illusion of being the actual deal.

Not just that, as a part of his role Vicky actually landed up getting himself addicted to having 3-4 packets of cigarettes a day. Playing a character that is fray shaded, required Vicky to don a role as close to reality as possible, and thus the talented young actor took to doing things as authentically as possible. Now we only hope, as much as the trailer brings our Vicky‘s promising acting caliber and given his impressive start in the industry, we hope his hard work for RR 2.0 would all come together for one memorable performance on screen.