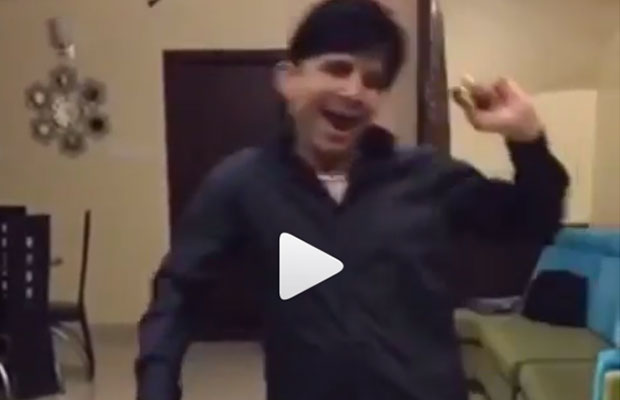 [tps_footer]Each and everyone is going crazy and has taken over ‘Beat Pe Booty’ Challenge for Tiger Shroff and Jacqueline Fernandez’ upcoming film A Flying Jatt. From fans to Bollywood celebrities, everybody is dancing to the tunes of Beat Pe Booty, which has taken entire nation by storm. The social media is filled with videos of the already hit song and the recent one who has tried his hands on taking up the challenge is none other than controversial man, KRK aka Kamaal R Khan.

Recently, Tusshar Kapoor nominated self-proclaimed critic Kamaal R Khan for the Beat Pe Booty challenge. KRK sportingly took the challenge and the results are hilarious. His dancing video like no one is watching is breaking the Internet and has gone viral on social media like crazy. Yo will surely die laughing after watching the video.

Talking about the new challenge that has become a big trend on social media, Bollywood stars Hrithik Roshan, Sonakshi Sinha, Ekta Kapoor, Varun Dhawan, Prabhu Deva, Ganesh Acharya and many others have taken up the challenge. Television stars Karan Patel, Divyanka Tripathi and others are also grooving to the tunes of Beat Pe Booty!