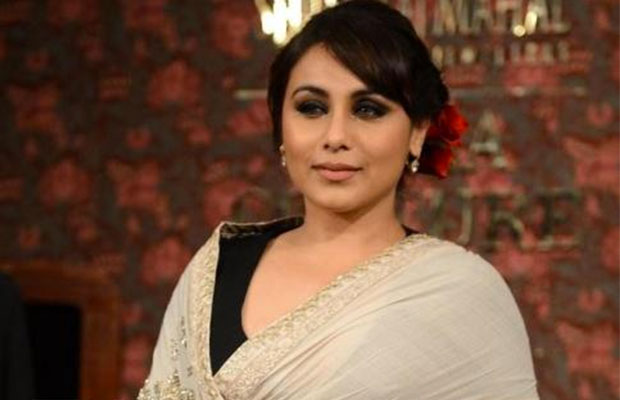 [tps_footer]Bollywood actress Rani Mukerji is seen making a less public appearance. The actress has disappeared after she gave birth to daughter Adira last year. Post her pregnancy; the actress has been avoiding media and being clicked, the reason well known to her. Proud parents Rani Mukerji and Aditya Chopra have also made sure that none of the pictures of their daughter are leaked out.

A day ago, Rani was spotted at the International airport at around 11:30 pm with her daughter Adira in tow. This is for the first time Rani and her daughter Adira were spotted together and photographers didn’t leave a chance of clicking them. However, when photographers were getting ready to click, Rani Mukerji got furious saying, “Koi photo nahin nikalega.”  She even requested them not to click her. “ Don’t click me, I am not like others,” said the actress. 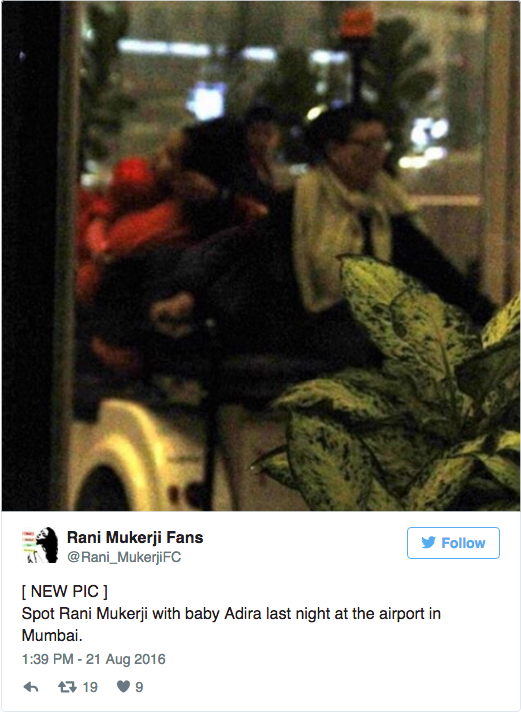 Despite giving warning, paparazzi managed to click few pictures from far away. Well, Rani Mukerji’s post-pregnancy pictures see a major transformation in the actress. Rani Mukerji made headlines when she was spotted at Mumbai airport. A month ago, the actress was snapped by paparazzi at the airport, but nobody could recognize her, as she was looking all dull and different.

Well, Rani and Aditya Chopra had always kept their relationship and personal life under wraps. They never spoke about their affair until they married in 2014 in Italy. The two, who are known to be very private, are blessed with a little baby girl.

We hope to see Rani Mukerji and Aditya Chopra with their little bundle of joy!