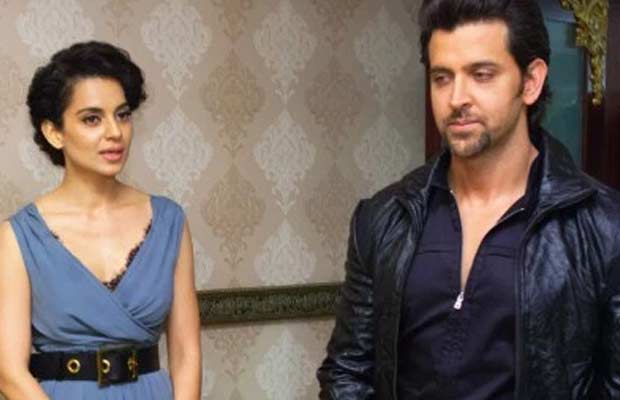 [tps_footer]Since past few days, Kangana Ranaut and Hrithik Roshan‘s secret love affair had become a subject of discussion for everyone. From the time Kangana addressed Hrithik as her ‘silly ex’, their past affair became a talk of the town.

While their secret affair and the nasty fight has become a talking point, behind-the-scenes old video of the duo rehearsing for a sequence has gone viral on social media. The video sees Kangana and Hrithik rehearsing together for their film Kites. In the first part of the video, Kangana is seen rehearsing while Hrithik is seen practicing his dance moves, which is reflected in the mirror.

Though their relationship has turned sour, but the video shows that the two also had happy times together. The flashback video showcases that everything was fine between them until they broke up.

Love sparked between them during the shooting of Krrish 3 and the two got into a relation after Hrithik Roshan divorced his wife Sussanne Khan. Well, Hrithik and Kangana’s secret relationship, which was secretly whispered at one time, has turned into headlines today. The nasty truth, accusations and what not has left media abuzz.
[/tps_footer]