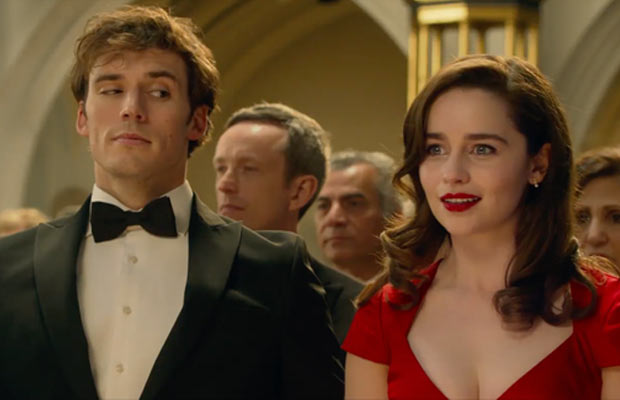 [tps_footer]Bring out the tissues, everyone! Warner Bros UK just released the extended trailer of Emilia Clarke and Sam Claflin‘s heartbreaking love story titled ‘Me Before You’. The film has been adapted from Jojo Moyes 2012 best-selling novel.

The new extended trailer was released on March 28 and gives a deeper peek into the lives of the Louisa Clark and Will Traynor. Louisa lives in a town in the English countryside where she is trying to build a career. With no direction in her life, she gets a job as a caretaker of a wealthy paralyzed banker Will Traynor, who lost his legs in a brutal accident two years ago. She has a more positive and cheery outlook on life whereas Will has lost all the hope to live. Spending so much time together, Lou changes Will’s view of seeing life. Eventually, they fall for each other as the time passes and fall in love. You think that they will have a happy ending until Will gets sick because of his paralysis.

The story presents an emotional journey of a couple who try everything possible to be together but it ends. The tagline of the story is “Often times you find love where you least expect it. Sometimes it takes you where you never expected to go.”

CLICK HERE FOR ALL LATEST BOLLYWOOD UPDATES
Emilia Clarke plays the character of chirpy and joyous Louis Clark, Sam Claflin as Will Traynor who has lost the will to live. From the trailer, we can identify with the characters and both of them have perfect chemistry.  The film also stars Jenna Coleman, Matthew Lewis, Janet McTeer, Charles Dance, Brendan Coyle and Joanna Lumley. Directed by Thea Sharrock, the film will be releasing on  7 July 2015.