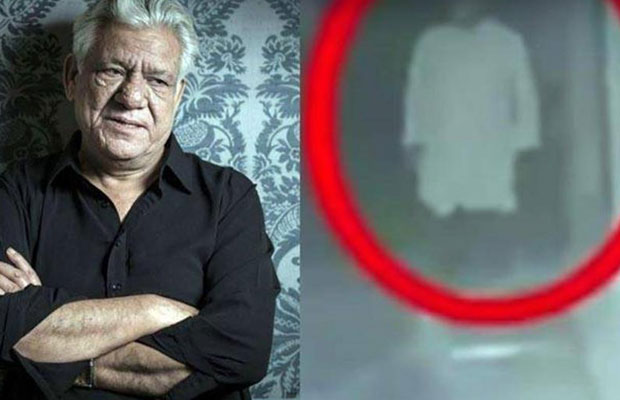 Late Bollywood actor Om Puri’s sudden demise came as a rude shock to everyone in the entertainment industry. He passed away due to a cardiac arrest on January 6, 2017. Born on 18 October 1950, 66-year-old Bollywood actor was known for his outstanding performances in not just Indian but also Pakistani, British, and Hollywood movies.

Soon after Aamir Liaquat, an anchor of Pakistani News Channel claimed that Puri’s ghost has been spotted in front of his Mumbai home. In an old video that dates back to January 14, played by the Pak news channel Puri’s ghost is seeking revenge.

In a CCTV footage aired by the news channel, a man is seen donning a white kurta. The anchor comments that the ghost was looking for Ajit Doval—India’s national security adviser—to avenge his death.

If you are wondering how this video and news is suddenly trending on social media, is it because AajTak decided to play this 3 months old video over the weekend.

And if you are wondering what has Ajit Doval got to do with it. It has been linked with Puri’s comments on Uri Attack and the news channel concocted the story that PM Modi and Doval planned Puri’s murder owing to those statements. Seems silly anyone?

In a career spanning four decades, Om Puri acted in several Hindi, Punjabi, Malayalam, Kannada, Hollywood and British films. He won the Padma Shri award in 1990. The late actor’s final appearance will be in the upcoming Salman Khan’s ‘Tubelight’, which will be released in theatres on June 23, 2017.