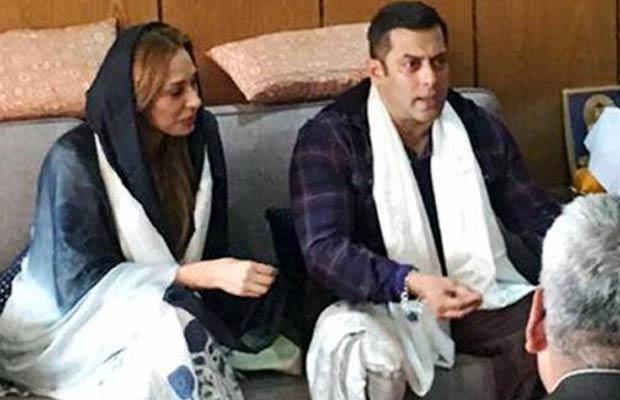 [tps_footer]Salman Khan and Iulia Vantur’s relationship has always been a talk of the town. Also, there is a lot of buzz that the lovebirds might soon tie the knot. Although the actor has been in a constant denial of his wedding, there’s some scoop that he already married Iulia.

Well, reportedly one of the leading Romanian tabloids addressed the model as Royal Mrs Khan. Well, this gives us a hint that Salman and Iulia got hitched in Romania. Or else why would the tabloid call her Mrs Khan? Also, Iulia is a resident from Romania and a known figure there.

The blonde beauty recently accompanied her beau at Leh-Ladakh where he was shooting for Tubelight. Amidst the shooting schedule, the couple even visited a few hospitals and monasteries’ together. Also, these adorbs visited the Thikse Monastery to meet the Dalai Lama and seek his blessings.

Well, all we can do is wait for Sallu to tell us why she was addressed as Royal Mrs Khan. Recently, Salman’s father Salim Khan in his tweet mentioned that even God doesn’t know when will Salman get married. Buzz is that Sallu even met Iulia’s parents when he was shooting for a song in Budapest.

On the professional front, Salman is done with the Ladakh schedule of Kabir Khan’s  Tubelight.  Kabir even shared Salman’s first look in which Sallu is seen in an army uniform.  The film will hit the screens on EID 2017.