One of the foremost power couples of Bollywood, Sridevi and Boney Kapoor’s love story did not have an easy start. But they are now one of the leading examples of a successful marriage in Bollywood. They are one happy family comprising of the couple and their two lovely daughters, Jhanvi and Khushi.

Today, on the occasion of Boney Kapoor’s birthday, the loving wife that Sri is, she took to Instagram to express her love and emotions for her hubby. In a string of photos, she walked down the nostalgic lane and shared some old photos. She also uploaded a rather recent family photo and captioned it, “Happy Birthday, my strength and my best friend love you always.”

Despite all the odds and objections raised on the marriage of this couple, once married they have stuck together in thick and thin for two decades now! And its super cute!

Professionally, Sridevi was last seen in much loved 2012 superhit film English Vinglish directed by Gauri Shinde. Boney Kapoor as a producer was facing a low point in his life and came back with Salman Khan’s hit, Wanted. He even made a film called Tevar with Arjun Kapoor, his son from the previous marriage with Mona Shourie. 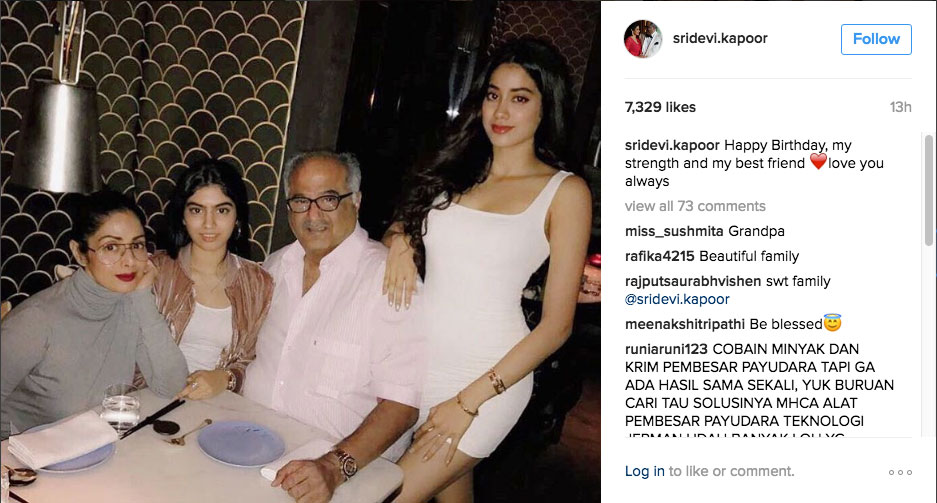 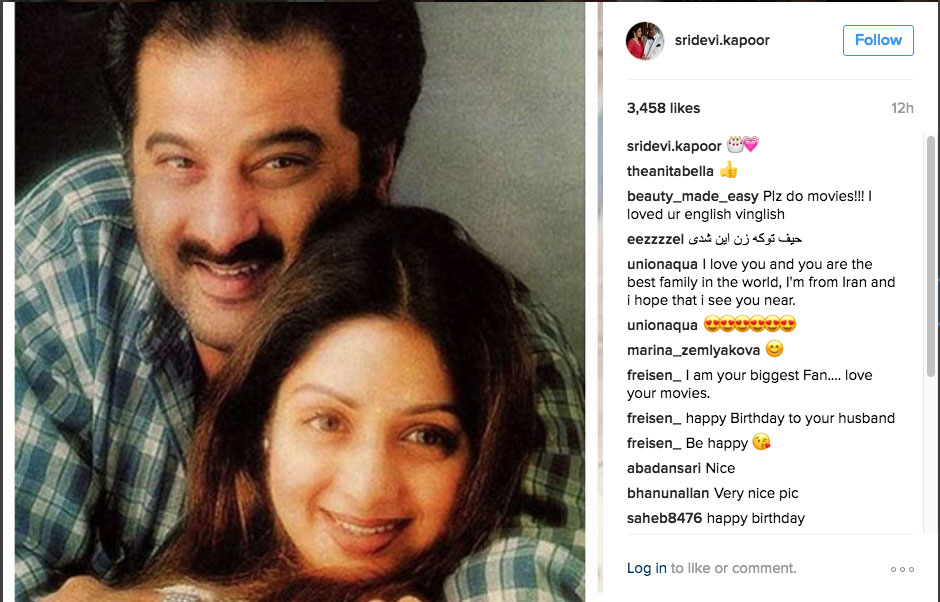 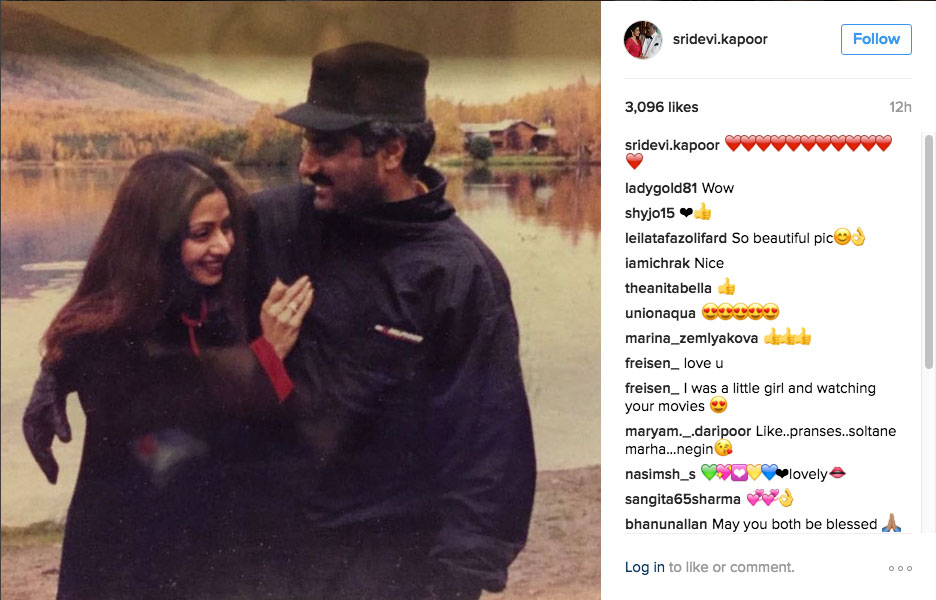