Belonging to a full on filmy family, be it his dad, producer Boney Kapoor or chacha (uncle) Anil Kapoor, Arjun Kapoor has found a place in Bollywood by and for himself.

As we all know, Arjun was much closer to his mother Mona Shourie Kapoor than his father, Boney Kapoor as he moved out of their house and married Sridevi. Admittedly, Arjun found it difficult as a child to cope with that change in his life, but he never held any grudge against his father and came to terms with the fact which helped him to move on.

Despite all of that, Arjun has always held his father in high respect and loves him as much.

On the occasion of his father’s birthday, he took to Twitter to express his love for his dad and also for being his guide with a cute photo of the two from old times.

“Happy Birthday Dad thank u for being my guiding force thru the good and the bad !!! That’s a major throwback btw !!!” 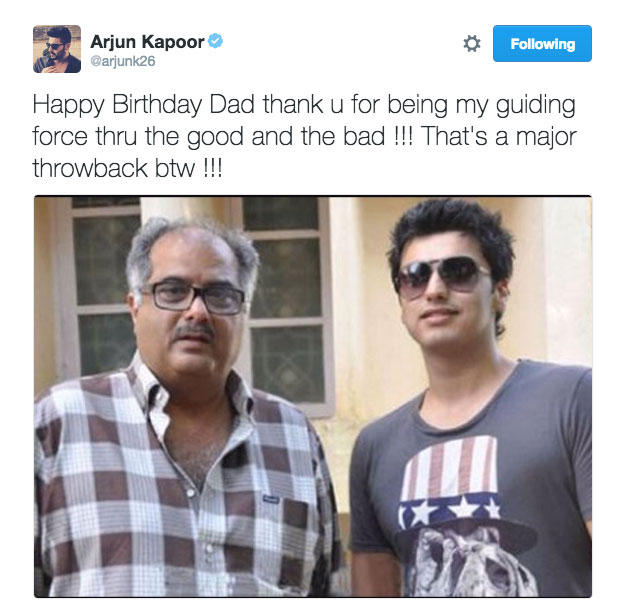