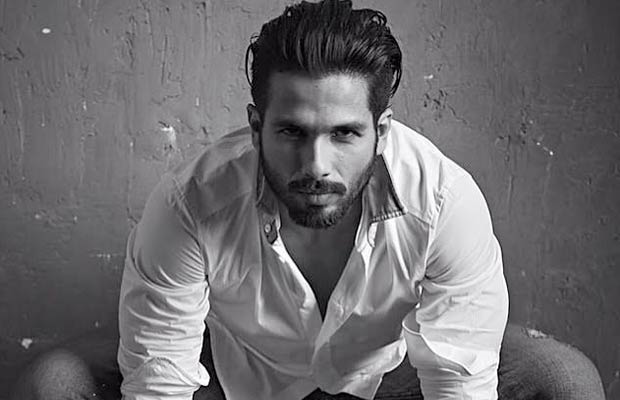 [tps_footer]Shahid has gone beyond the usual to look like Tommy Singh in Udta Punjab. The actor has personally given inputs and has worked extensively on his look with the stylists and Abhishek Chaubey.

Infact, for the first time we would witness the actor don tattoo for his role, Shahid Kapoor‘s first look that shows several tatoos on his body has an interesting story behind it. Shahid who was on a low carb diet went through hours to put and remove 40 odd tattoos daily for Tommy Singh!!

It was a tedious process of donning 40 such odd tattoos and then removing them before every shot….however Shahid made sure that nothing was a miss! The actor has also given inputs when the look was being finalised, sitting with the stylist team and director Abhishek Chaubey, Shahid has spent hours to get the perfect feel of a punjabi rockstar!

Shahid as an actor uses his physical transformation to talk about the character. Whether it’s his lean body or tattoo or the way he walks / conducts himself they are all subtlety creating nuances of a character.

Divulging more details around Shahid Kapoor‘s Tattoo, spokesperson adds “Tattoos are mostly on his torso, So in a way close to his core and heart. So many tattoos as that is a way Tommy expresses himself apart from his singing. The tattoos define the mental makeup of Tommy. His softer side and his wacky side both a blend. And not to forget he is a wild Punjabi Munda so more is less“.

Payal Saluja collected lot of designs from various places and then between Shahid Kapoor, Abhishek Chaubey and Payal Saluja it was decided that how many tattoos should Tommy have and where each one should go as per the character of the film. Finally, Tushar Shah detailed out the designs and made them.

The Tattoos, which one will be able to see on ‘Tommy Singh‘ are as follows:
Born to fly the wings on his shoulders and arms represent his desires and belief.
Mama da boy close to his heart is self explanatory
Love pistol on his hip bone is the naughtier side of Tommy
Star dust on his neck is the charisma of Tommy
Gabru tattoo on his fingers is name for his fans

“Yes Shahid had to put the tattoos every single day. At times twice too. Shahid took 45 min to an hour each day to get the Tattoo make up done.” the spokesperson further adds and concludes.

Shahid says, “There were 14 tattoos that we had carefully selected; each of them was planned. The wings are my favourite tattoo.” What about having one in real life? “I really want one, but I have really never understood what I want.”[/tps_footer]