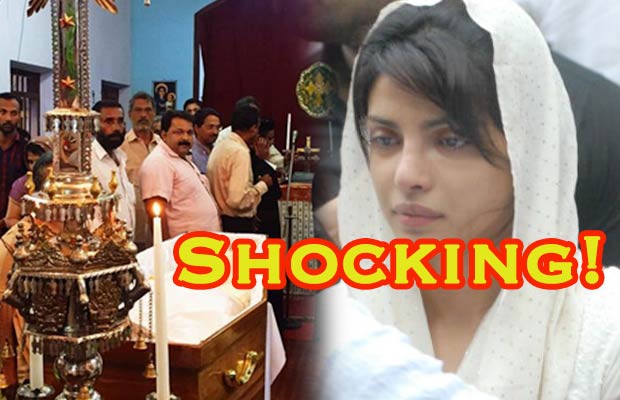 [tps_footer]A few days ago, Bollywood actress Priyanka Chopra’s maternal grandmother, Madhu Jyotsna Akhouri passed away. Priyanka, who is currently in India, immediately flew to Kerala with her family to perform last rites. As Priyanka Chopra’s mother had expressed her wish to be laid to rest at her home state, she was taken there at the cemetery of a church in Kottayam.

According to reports, things didn’t turn out well as church denied actress’ grandmother’s burial. Reportedly, a church spokesperson told media persons that Priyanka’s grandmother had broken ties with the church after her marriage to a Hindu. “One is automatically disowned by the church under such circumstances. She could have re-joined the church while alive. But once a person is dead, we cannot accept the body for burial,” he added.

However, the funeral was then conducted at St Thomas Jacobite Church at Ponkunnam, Kerala. Well, it seems Madhu Jyotsna Akhouri’s last wish will stay unfilled due to church’s unacceptance to perform last rites.

Meanwhile, Priyanka Chopra is back in town and will soon be heading to New York for the shooting of Quantico’s second season. She also shared a picture on her Instagram handle with a caption, “Rest in peace Nani. #Kerala #FinallyBackHome” 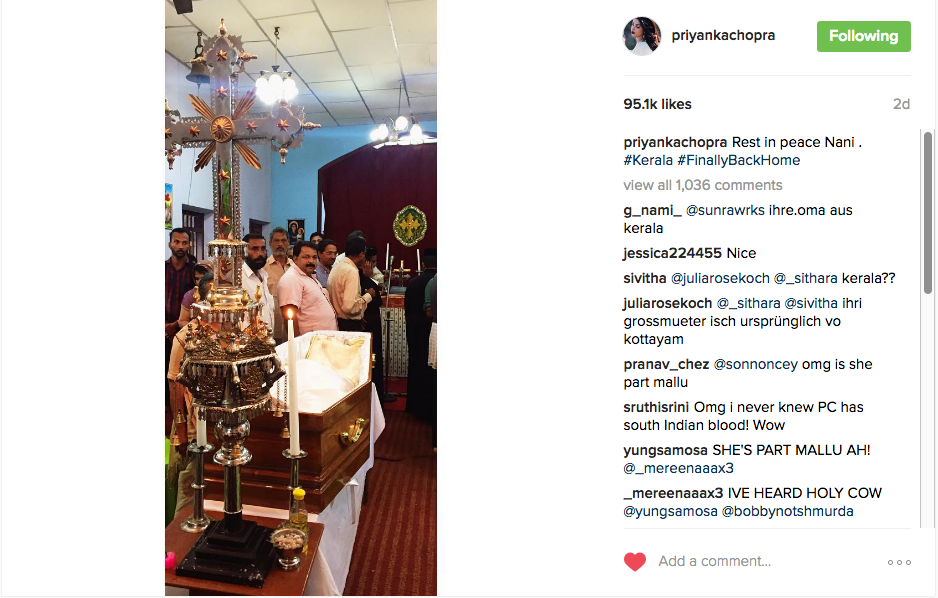 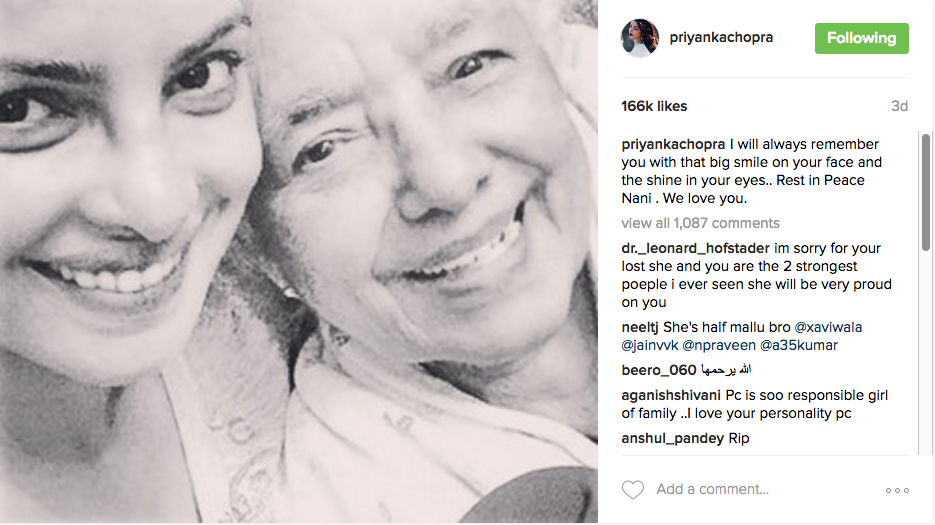