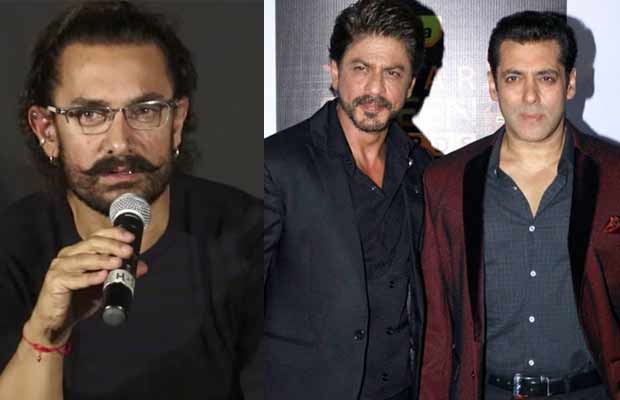 Is Aamir Khan the most bankable star out of the three Khans? This is what he said!

Aamir Khan’s ‘Dangal’ smashed the box office with its story and message, which won the hearts of the people making the film a hit of the year.

The ‘Dangal’ actor stated that he isn’t sure if he could be called bankable, but he believes creative work is risky and tough to always be successful.

”See, you have to understand that creative work is very…unpredictable. All of us try our best. Sometimes we succeed in what we’re trying to do, sometimes we don’t. So I don’t think one or two films affects anyone’s stardom.”

The ‘Dangal’ actor expressed his feelings about the apparent comparison saying that he didn’t think it was fair to anyone. ”I think Salman and Shah Rukh are huge stars. They are mega stars…And I myself am a fan of their work. But I don’t really compare like this. Each one is unique, each one is different.”

The actor and producer even spoke about the CBFC demands on the upcoming Babumoshai Bandookbaaz and what he thought of it. He clearly stated that the job of CBFC was to certify and not censor. He hopes that whatever decisions are taken, they are reasonable and valid to all parties.

Aamir Khan was last seen in the hit movie ‘Dangal’ and is currently busy promoting ‘Secret Superstar’ with co-star Zaira Wasim. The movie is under Aamir’s home production house and Zee Studios. It is written and directed by Advait Chandan. The movie ‘Secret Superstar’ is set for October 19th later this year.