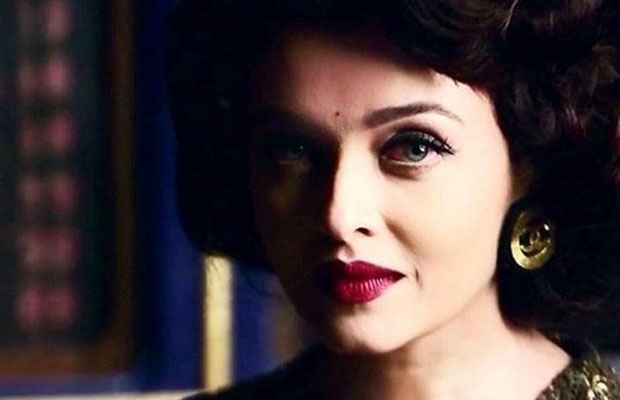 Aishwarya Rai Bachchan has always been the true blue eyed beauty queen of our industry she has been loved by the audience in all her avatars, her roles and the small yet meaningful cameos she did for her friends. She has been through all the stages of her life she has been a lover, a wife and now a mother. Now it is time for our blue eyed diva to make a comeback on the silver screen post pregnancy and motherhood with an action thriller ‘Jazbaa’.

We recently got lucky when we found this video released by designer Sabyaschi whose creation Aishwarya Rai Bachchan wore for a special cover of Conde Nast Traveller’s October issue. The diva looked dazzling in the golden black attire created by the designer. We loved the royal look which quite well defined Ash, the small black ‘bindi’ the short curled hair look and the biggest attraction the bejeweled black stilettos. The attire was to die for and the stiletto which she paired them with was the eye catching attention grabber of the whole look. We certainly can’t complain about the Indian-ness of the whole look after all it clearly takes us back in the royal times.

Aishwarya Rai Bachchan is making a comeback debut with the movie ‘Jazbaa’ opposite Irrfan Khan. The movie is highly anticipated by the media and is already hot and abuzz among the audience. Directed by Sanjay Gupta, the trailer of the film brings out the dark side of politics and courtrooms. Aishwarya who plays the role of a powerful and successful advocate, Anuradha Verma is seen in a very intense role while Irrfan Khan is introduced as a suspended cop. In the trailer, Aishwarya Rai Bachchan is seen fighting in the court of law for a criminal and set him free in order to save her little daughter.

A video posted by Sabyasachi Mukherjee (@sabyasachiofficial) on Oct 6, 2015 at 8:17pm PDT