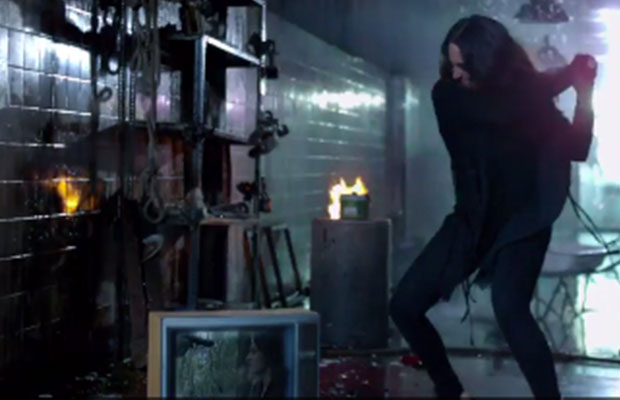 [tps_footer]Sonakshi Sinha starrer Akira is counted as one of the most awaited films as she is the protagonist with no male actor in the lead. After watching her thrilling performance in the trailer we are excited to see the film.

Ready to smash it with #RajRajKe from #Akira!! My first time ever singing a song for a film!!! Coming soon… pic.twitter.com/jIWTk0rzGw

The song is titled as Rajj Rajj Ke. The teaser shows Sonakshi Sinha aka Akira breaking the television set with a hockey stick. The song is about rage, about how she will not stay silent and will fight back. That’s the spirit of the song. The wow factor is that Sonakshi Sinha recorded this song within 30 minutes. This is the first time Sonakshi will be singing for a film. Previously, this actress sang in the single Ishqaholic which was her debut in singing.

Helmed by AR Murugadoss, Sonakshi Sinha will be playing the role of a never seen before avatar. Akira is a remake of a Tamil film Mounaguru. The film which has already gained popularity with its trailer is all set to hit the theatres on September 2.[/tps_footer]