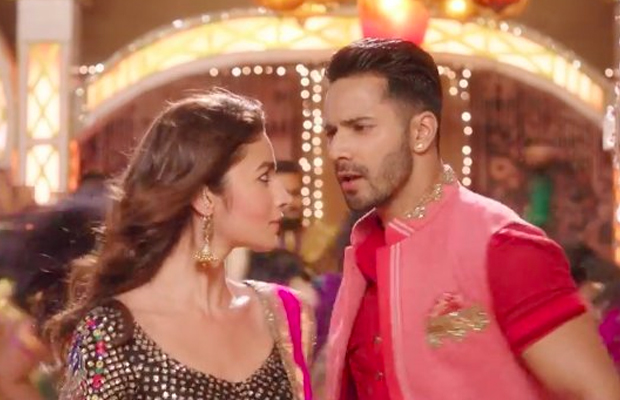 Badrinath Ki Dulhania’s the new foot-tapping number Aashiq Surrender Hua featuring Varun Dhawan and Alia Bhatt is finally out. Composer-singer Amaal Mallik and Shreya Ghoshal have taken the music of the song to another level, giving vibes of the 90s. The lyrics of the song do not make much sense but it looks appealing only due to Varun Dhawan’s energetic dance performance. Colorful, peppy, energetic and full of life, this song is surely going to be in a loop.

While Varun Dhawan has nailed it with his amazing dancing skills, Alia Bhatt looks stunning and has taken over the song with her charm and beauty. The highly energetic song is appealing and has hit the right chord but could not better than the earlier three tracks, “Tamma Tamma Again”, “Humsafar” and “Badri Ki Dulhania” title track.

BKD marks the third film of Alia and Varun together and looks like, they will yet again recreate the same magic on the screen. The poster, teasers, and the newly released trailer look promising and fun-filled.

Directed by Shashank Khaitan, Alia plays the character of Vaidehi and Varun plays the central character of Badrinath. The film is a spin-off of Humpty Sharma Ki Dulhania and is all set to release for Holi weekend release, on March 10. Apart from Alia and Varun, Gauahar Khan too will be seen in the movie.