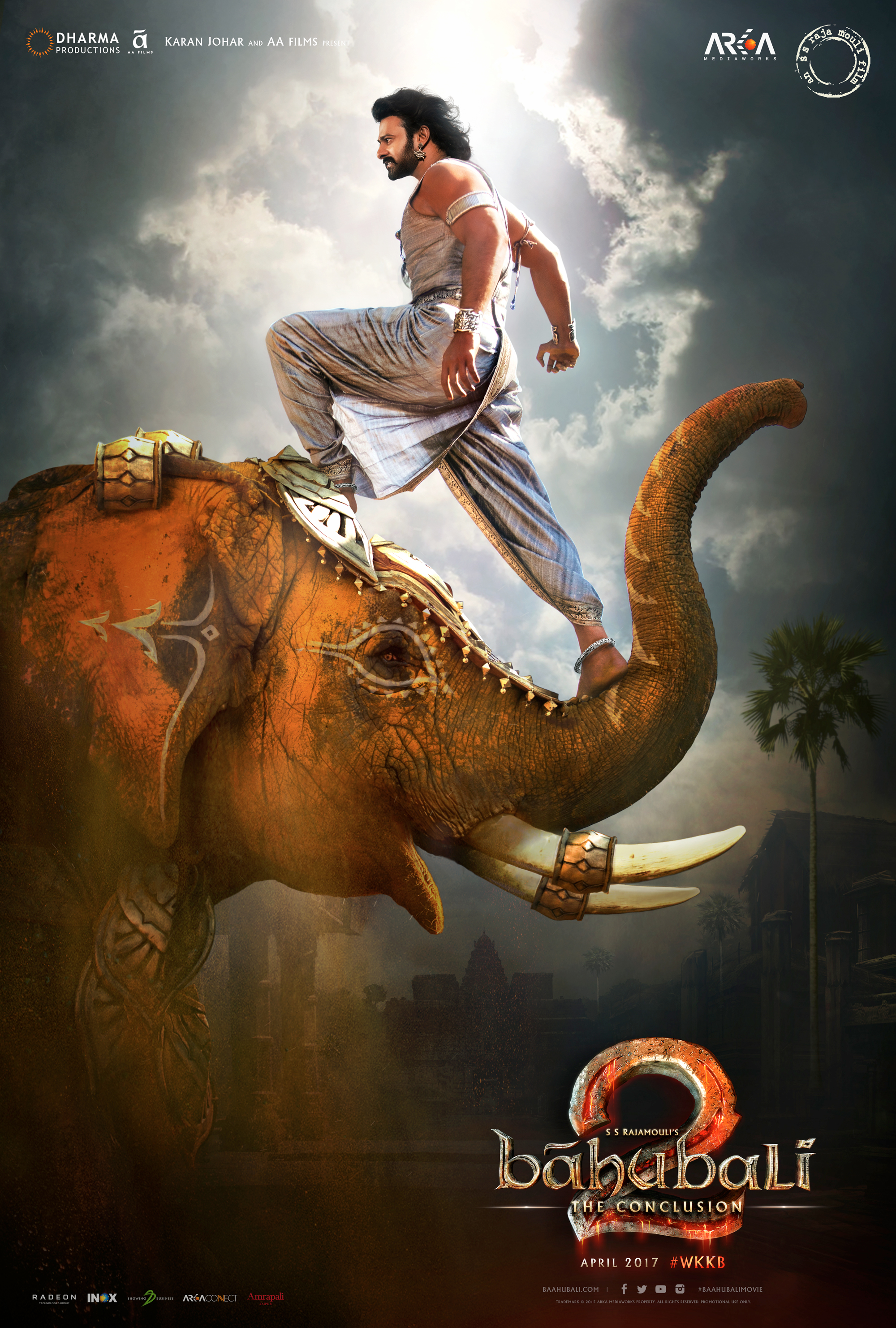 On the auspicious occasion of Maha Shivratri, the makers of ‘Baahubali: The Conclusion‘ release a new poster.

The poster looks striking, with the leading actor, Prabhas‘ one foot on an elephant’s trunk, and the other on its head. The sight is rather glorious and powerful.

It is interesting that the makers release the new poster on Maha Shivratri, as Prabhas had been shown as a devotee of Lord Shiva in the prequel, ‘Baahubali: The Beginning.’ One of the most iconic and loved scenes was when Prabhas shows astounding strength as he carries the Shiv ling on his shoulders. It was one of the most captivating scenes which is still remembered really fondly by the fans.

‘Baahubali: The Conclusion‘ is one of the most awaited films of 2017. Its prequel, the staggering historical drama, broke all box office records and was loved for its visual effects.

We saw Prabhas performing daredevil stunts in the film and it is said the actor has gone out of his way by doing a lot of hard-core action stunts for the sequel.

Looks like director SS Rajamouli and Prabhas have left no stone unturned in making sure ‘Baahubali: The Conclusion‘ goes one notch higher than ‘Baahubali: The Beginning,’ and keeps the audience thoroughly entertained.

The new poster is surely grabbing eyeballs and is keeping the audience at the edge of their seats, wondering the level of cinematic magic to expect in the upcoming film!

The way the Shiv ling scene was iconic in the prequel, similarly, it looks like the image in the new poster is going to have a powerful effect on people and is going to become yet another iconic scene of ‘Baahubali: The Conclusion.’

The magnum opus ‘Baahubali: The Conclusion’ is scheduled to release on 28th April, 2017.