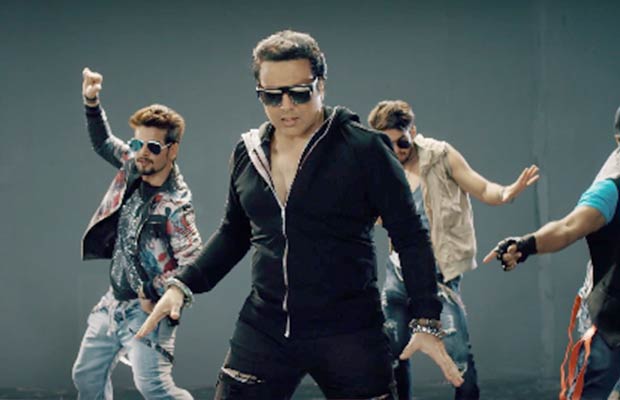 [tps_footer]Ask any real 90’s kid what was their favorite tune as a child and more often than not you’ll be told that it was a Govinda number. Not only were his dance steps quirky and hilariously effortless, but the lyrics of his songs were simply entertaining. While he was once the reigning superstar and mass-loved actor in Bollywood, the times have changed and Govinda is no longer the huge superstar that he once was. The last time he was seen on the big screen was in 2014 with ‘Kill Dill’ and ‘Happy Ending’ – both of which were major box-office duds.

Govinda has been rather off the radar since these films and fans have often wondered what he was upto. However on 9th of May, a video titled ‘Dance Like Govinda‘ surfaced online and turned out to be the perfect treat for fans.  Punjabi singer Jassi Sidhu was the person behind this unusually entertaining video. The video has a bunch of people trying their hand at dancing awkwardly to folk styles for a long time into the video which is rather hilarious. But the real treat for you comes at 2:44. Govinda makes an entry on screen and you’re instantly treated to him grooving like that is what he was born to do. Well, we are not complaining at all!

Govinda is slated to be seen in ‘Jagga Jasoos’ next.