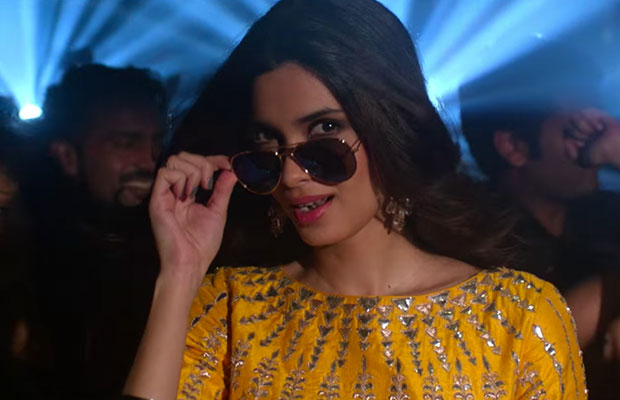 [tps_footer]Happy Bhaag Jayegi starring Diana Penty, Abhay Deol and Ali Fazal is all set to release this month. Yesterday, they teased us with their new song Gabru Ready to Mingle Hai teaser which featured Diana Penty and Mika Singh in it. Today was the launch of their song and the Eros International has released the dance number on their Twitter account. The song is a peppy dance track and you will surely tap your feet listening to it. Check out the song:

Actress Diana Penty looks drop-dead gorgeous in the Yellow-Pink Lehenga and Mika can be seen in his signature goggles. Sung by the best Mika Singh, the beats are catchy and will surely make you groove on it. This can become a perfect Party Anthem song.

Happy Bhaag Jayegi is a comedy themed film which will showcase Diana Penty in a new avatar. Looking at the trailer, we can guess that Diana plays a comedy role. We are waiting to see Diana hitting the big screen again as she did two years back in the film Cocktail.

Watch out for this film hitting the box office on August 19.