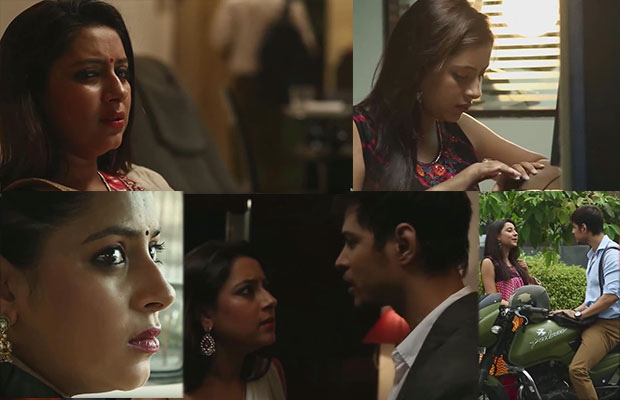 The short film The short film has an uncanny resemblance to Pratyusha real life and her bitter relationship with boyfriend Rahul Raj Singh, who is said to be responsible for Pratyusha’s suicide. The short film is looking more realistic as Balika Vadhu star Pratyusha’s partner’s character is also named Rahul in the film.

The story revolves around a girl who gets into alcohol, smoking after getting into depression over heartbreak. Pratyusha was also going through this similar phase in her relationship with Rahul Raj Singh. To people who don’t know, Pratyusha didn’t use glycerin while shooting the emotional scenes as she was going through heartbreak at that time, reveals Kamya Punjabi.

The last part of the short film is quite heart touching and might leave you in tears.

On this day, last year, television industry lost talented actress Pratyusha Banerjee. It was a big shock for the family members, close friends as well for the media. Pratyusha’s boyfriend Rahul Raj Singh has been accused of abetting her suicide after Kamya Punjabi and other close friends of the actress had revealed something details.

We miss you Pratyusha!