Bollywood’s versatile actress Priyanka Chopra is currently making headlines for her international TV show ‘Quantico’. Priyanka Chopra is one such Indian actress who has taken her name globally now. The actress is taking every step of her career towards success.

With many promotions and interviews, Piggy Chops appeared on the popular American show, GMA (Good Morning America) yesterday. She not only amazed the audiences with her outstanding personality, Priyanka Chopra also made her fans to dance on Bollywood steps.

Dressed in a purple netted separates, the actress looked stunning and the crowd around her was seen enthralled. Priyanka is currently very excited as well as nervous, as her show will be aired from tomorrow. She also took to her twitter handle to express about the same.

She tweeted, “One day to go..needed some family love!So happy to have @madhuchopra @Iamsidchopra with me on the eve of #Quantico.” 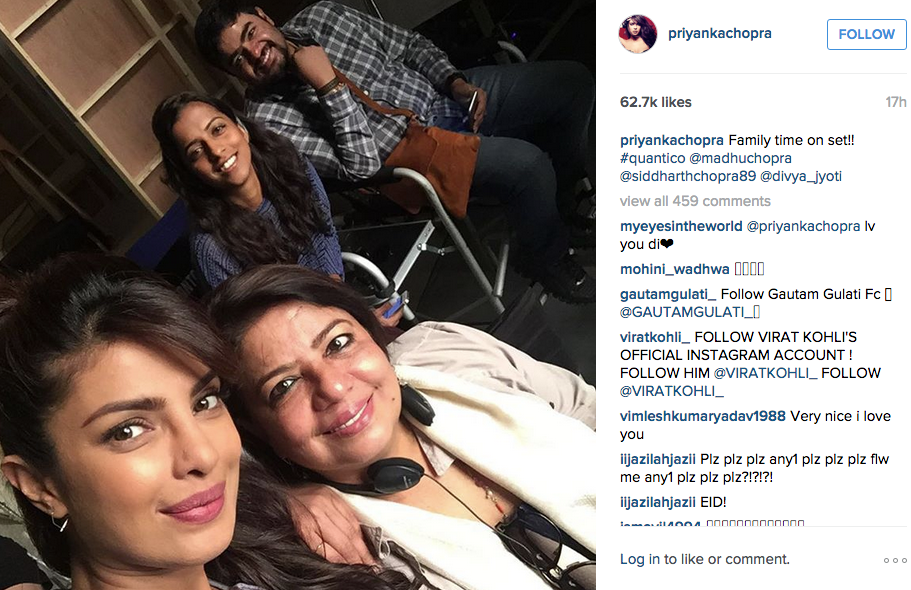 Talking about ‘Quantico’, the show revolves around group of FBI In the show; Priyanka plays the role of a half-Indian, half-Caucasian FBI trainee named Alex Parrish agent in training at ‘Quantico’ Base. Priyanka Chopra is suspected of masterminding the biggest attack on New York City since 9/11.