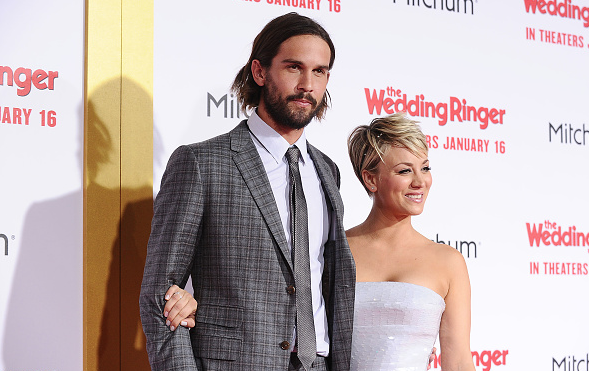 ‘The Big Bang Theory’ star Kaley Cuoco and husband Ryan Sweeting have decided to part ways after just 21 months of marriage. The devastating news was announced by Kaley’s spokesperson who further added that currently the couple has asked for privacy. Kaley and Ryan have apparently mutually agreed to split, and the reason is still unknown.

Kaley and Ryan got engaged in September 2013 after only dating for 3 months. The couple got hitched in December in Santa Susana, California, at a property known as the Humming bird Nest Ranch. Earlier there were rumours that things aren’t going well between the duo. Both Kaley and Ryan had slammed the rumours by publically supporting each other. The sudden announcement of their separation indicates that something might’ve actually happened earlier as well.

Ryan Sweeting who is an American tennis champ has had his highs and lows in his career. After going through a series of injury and getting his worldwide rank been pushed from 64 to 1145, the sports star had made a comeback in the recent few years. While on the other hand Kaley Cuoco who plays the role of Penny from ‘The Big Bang Theory’ is a world renown actress who ranks #1 in the Forbes list of World’s Highest Paid TV Actress along with Sofia Vergara from ‘Modern Family’.

Well, at this point of time we can only wonder about the reason behind the split but it surely seems like part of it was a hasty decision made by the duo. After only three months of dating the duo had jumped into an engagement which is surely too soon. Ironically Kaley’s character Penny has also recently gotten married in the show’s latest season premiere, and is in doubts about her marriage!