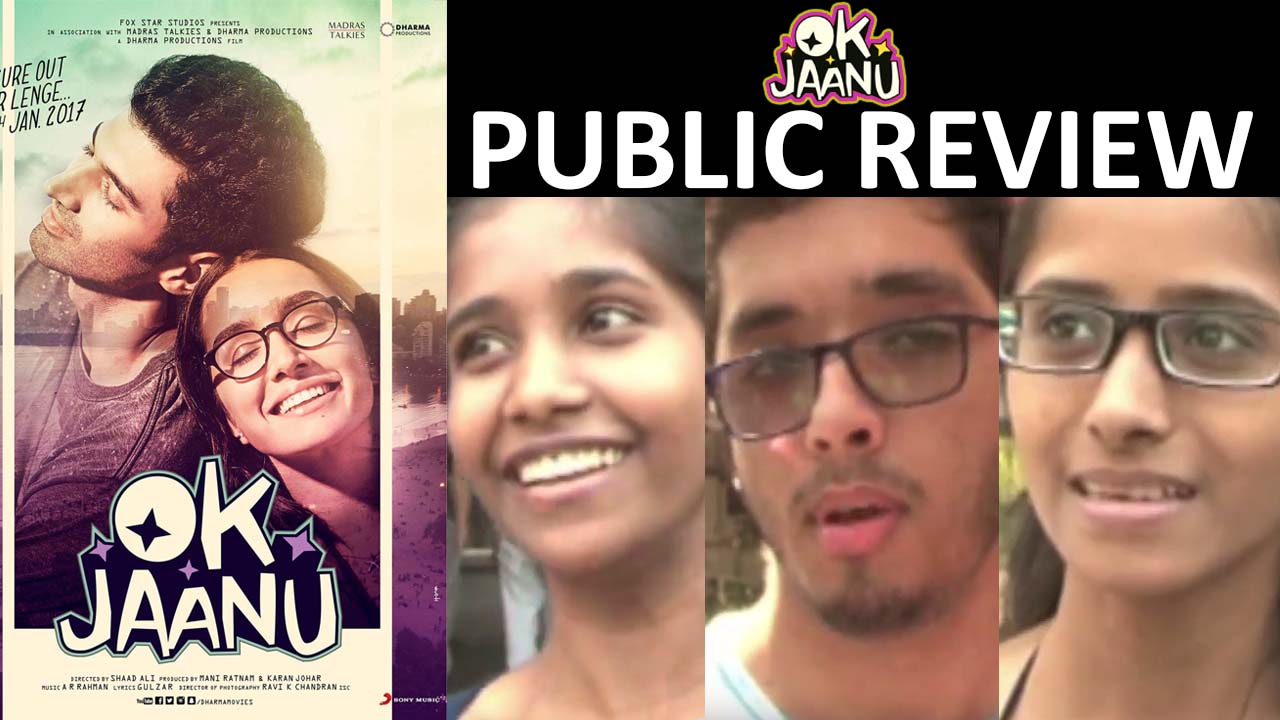 The much awaited love saga of Dharma Productions directed by Saathiya director, Shaad Ali, OK Jaanu, which is also the year’s first release, has hit the cinema screens. The music by AR Rehman has already made it a chartbuster album.

It is the official remake of the Tamil blockbuster OK Kanmani, starring the Aashiqui 2 couple, Aditya Roy Kapur and Shraddha Kapoor. Ok Jaanu is a story of Adi and Tara, who move to Mumbai to pursue their dreams. The duo lives together with no strings attached romance until their careers pull them apart.

The chemistry between the lead pair of OK Kanmani, Dulquer Salmaan and Nithya Menon, was sizzling as well as so real that you can relate to it almost immediately, whereas our Bollywood Adi and Tara haven’t managed to stir up the same magic.

Watch the video to know how the audience has felt about OK Jaanu. Did they like it? Was the chemistry between the lead better than their previous film, Aashiqui 2?