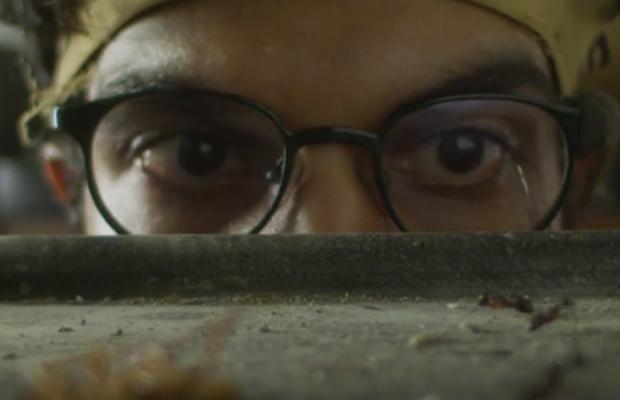 The first trailer of Vikramaditya Motwane’s upcoming film, Trapped starring Rajkummar Rao is finally out. The trailer of the film showcases a story of a man who gets trapped inside a house for days without food and water. It all happens when Rajkummar Rao, who plays the lead in this survival drama, gets locked inside the house after he forgets his keys in the lock of his main door.

The trailer of the film is quite unique and intense. Rajkummar Rao, who gets stuck in an empty high rise without food, water or electricity, goes to every extent to get himself out of the trapped house. The actor brightens up each and every frame with his fine performance. The national award winning actor has always left audience awestruck with his impeccable acting skills and it seems, he is all set with another such performance in Trapped. Going by the trailer, it seems, the film could leave a major impact in the minds of the audience. It’s gripping and impactful!

Rajkummar Rao has once again proved that he does not need a big banner to impress the audience as his acting speaks alone. Well, it’s ironic that Bollywood sells on an actor’s stardom but this film is surely going to be high on performance with talented actor Rajkummar Rao. Moreover, the film is coming from the very talented director Vikramaditya Motwane, who has given some amazing hits like Udaan and others.

‘Trapped‘ was screened at Mumbai film festival and it received a standing ovation for the film! Trapped is going to hit the theatres on March 17th.