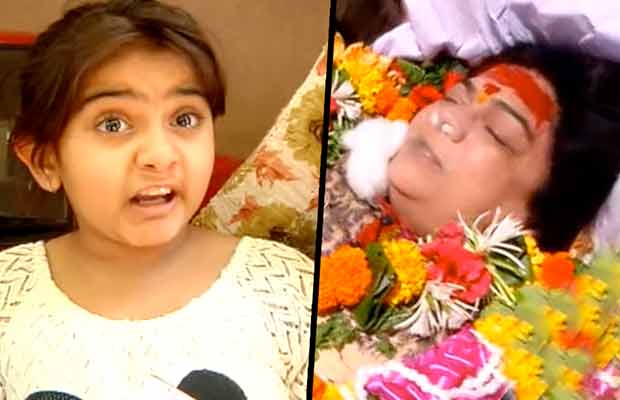 Arsheen Namdaar could not believe the news of Reema Lagoo’s death.

Bollywood veteran actress Reema Lagoo is not among us anymore. The versatile actress left for heavenly abode yesterday morning after suffering from a cardiac arrest. Reema Lagoo, at the age of 59, passed away yesterday morning at 3:30 am due to a heart attack. Ms Lagoo had been taken to the Kokilaben Hospital at night after she complained of severe chest pain. The whole industry is currently in a state of shock.

Arsheen Namdaar, who used to play Reema’s granddaughter in the TV show Naamkarann, is equally shocked on this sudden mishap. When talking about the late actress, she couldn’t control herself and burst into tears.

Arsheen says, “I am shocked. Mom woke me up with this news. She called me the day I received the award in star Parivaar last week. Congratulating. Also last month she came to my place on 30th we partied. No one can replace her. She used to call me pillu and I will really miss that. Since morning me and mumma are crying. No one can replace her in my life. I love her so much.”

Earlier, Mohnish Behl, who has played his son in Hum Saath Saath Hain, expressed his grief at the sad demise of the actress. He said, “I have done a lot of cinema with Reema ji, on account of that we have spent a lot of time on sets. What came through about her was that she was a warm and gracious human being. She was a senior actor to us, but however we never felt the divide, we always felt very warm and welcome with her. There was no kind of generation gap with her, we could fool around since she would understand where we are coming from. We were so connected with her that on set, the first question we asked was is Reema ji on set. She was like a friend, who was just a little older.”

Talking about the close bond that he shared with the lady, he said, “She was a very welcoming and warm human being. In fact, I have a small house in Versova where I used to stay if I had late night shifts and Reema Ji used to stay in opposite and we used to talk from the windows. She was a wonderful woman. It is a terrible loss.”