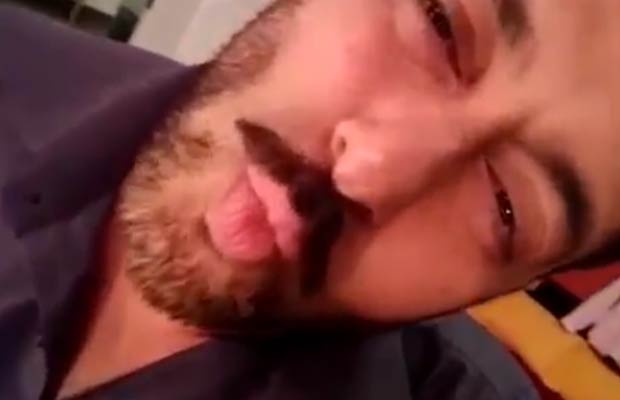 Sonam Kapoor’s upcoming film ‘Neerja’ is nearing to its release and fans as well as Bollywood stars can hardly wait to watch the film. The film is releasing this Friday and the excitement level is already high as its based on the biopic of Neerja Bhanot, who was murdered while saving 359 passengers from terrorists on the hijacked Pan Am Flight 73 on September 5, 1986.

‘Neerja’ speaks about fear and courage, and following the same, Bollywood stars revealed their fascinating fears in their selfie videos. From Arbaaz Khan to Anil Kapoor, Shahid Kapoor, Alia Bhatt, Karan Johar and many others revealed their fears. Recently, Salman Khan revealed his second biggest fear. Do you believe he can have fear of anything ever? But yes, he has it!

The actor is his selfie video revealed that he is afraid of being single, but at the same time he enjoys his that fear and wants to stay with it for sometime.

In the revelation video on Sonam’s film ‘Neerja’ campaign, ‘FearVsNeerja‘, the ‘Being Human’ star speaks, “I am afraid of the fact that till now I am a bachelor. But, I like this fear. I would like this fear to persist for some more time.”

Sonam Kapoor shared the video on her twitter handle with a caption, “Do you think @beingsalmankhan has any fear? This is a revelation”

Do you think @beingsalmankhan has any fear? This is a revelation pic.twitter.com/dyACUeozRy

Earlier, in the first video, Salman Khan had revealed that his father’s advice is what keeps him motivated and fearless. The actor is his selfie video revealed that when they were kids, father Salim Khan advised only one thing, “joh darr gaya, samjho marr gaya.”

What was the legend Salim Khan’s advice to his son @beingsalmankhan to conquer fear? Check it out.. pic.twitter.com/BP0UQ58y8K

Talking about Sonam Kapoor’s film Neerja, directed by Ram Madhvani, ‘Neerja’ is scheduled to hit the screens on February 19, 2016. The biopic ‘Neerja’ will tell the story of flight attendant Neerja Bhanot who saved the lives of 359 passengers on a hijacked flight. Veteran star Shabana Azmi will be seen playing the role of Neerja’s mother.