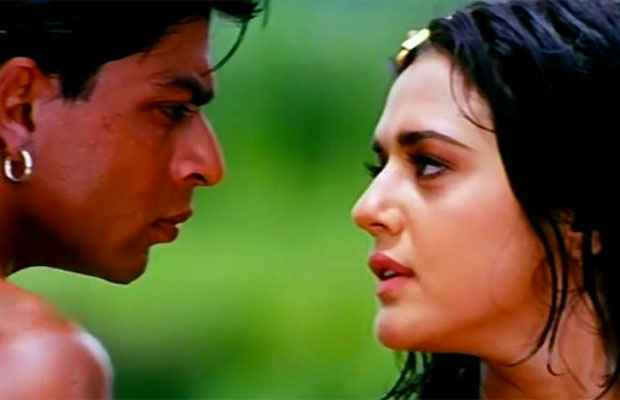 [tps_footer]Bollywood actor Shah Rukh Khan celebrated 18 years of his evergreen film Dil Se(1998). The superstar took to Instagram to express his gratitude for the whole cast of the film and also thanked his fans for the love.  The actor took everyone’s name in the credits but forgot to mention the name of his co-star Preity Zinta.

Shah Rukh Khan shared a video in which he is seen reciting one of his famous dialogues from the film and thanked everyone on the completion of 18 years of ‘Dil Se‘. He shared the video with a caption, “The one u love the most is sometimes not loved by most…but the love doesn’t change. My favourite.#18yearsofdilse”

Mani Ratnam’s Dil Se is one of the best films of the two, which also starred Manisha Koirala. Preity also shared her feelings about the film. “it all started” for her. “#18yearsofdilse Thank you @iamsrk @mkoirala & #Manisir 4my journey from Criminal psychology to movies. #destiny. #18yearsof_???_?? ?? This is how it all started (sic),” she posted. 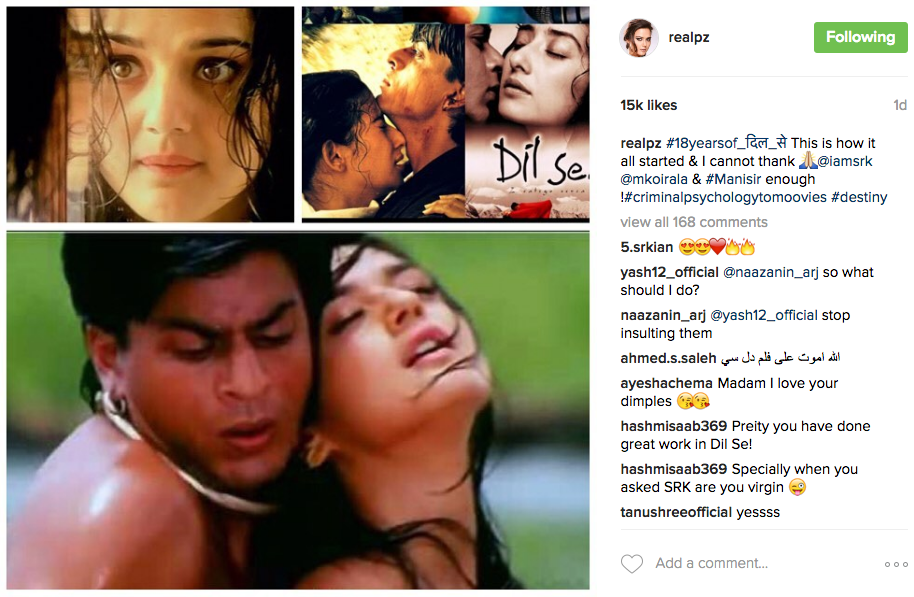 Later, SRK realized that he forgot to mention his co-star and good friend Preity Zinta’s name in the credits of the video. The actor shared the video again along with a ‘SORRY’.

He just stole out hearts with his cute sorry to the dimpled actress, Preity Zinta!

Meanwhile, SRK is shooting for Imtiaz Ali’s next, ‘The Ring” opposite Anushka Sharma. The stars are currently in Prague for the shooting of the film.[/tps_footer]