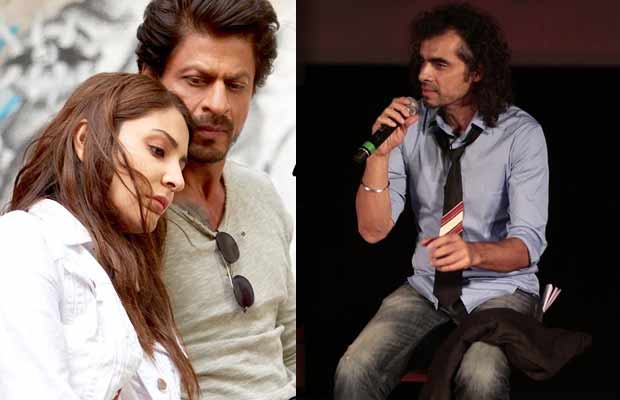 The Director Imtiaz Ali talks about the story idea and how he got Bollywood actor Shah Rukh Khan to star in his film, Jab Harry Met Sejal.

Although King Khan attended the trailer launch conference via video conferencing, he was quite witty and answered the reporter’s question with ease.

Bollywood actress Anushka Sharma was also present for the event and even did a pretense performance of her character as a Gujurati girl Sejal from the movie.

Director Imitiaz Ali has outdone his skills with this movie if the film is anything as good as the trailer.

The director revealed the interesting story of how he came about the movie idea.

”So once my mother told me, make some film that you get to go to different locations and shoot there…Using that excuse she said she will come to visit me and do some sightseeing at the same time…I told her that’s a good idea and I’ll make a film on tour guide then!”

Imitaiz added that his mom was surprised and didn’t think he would go ahead with it. ”…Yeah…the story will be on a tour guide and then I will add a girl…that’s how the story started…”

The ‘Jab We Met’ director also said how he got SRK on the movie idea, “After many days…I met with Shah Rukh and he asked me for some stories. I told him some but he didn’t like them. Then I mentioned that I had a very ‘cheap’ story and told the idea of this tour guide film…He was immediately interested and said this is the film we should work on…”

Imitiaz admitted he had not thought a lot about this film and still had the details to work on but Shah Rukh Khan was ready for it.

Shah Rukh Khan jokingly added that since his other films are not working out now, its better to make movies out of his mother’s ideas.