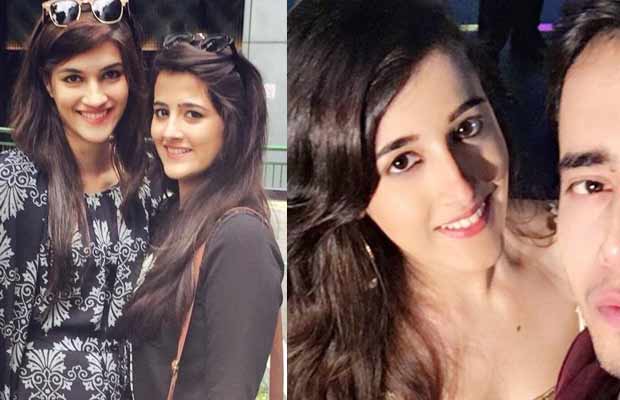 The Bollywood actress Kriti Sanon has a younger sister named Nupur Sanon, who is as pretty as her sister. She is believed to be a Bollywood aspirant and wants to try her luck in the Indian film industry.

It has been reported that she is dating the TV actor Zaan Khan. Although the two of them portray each other as just friends, the young lady has grown very close and personal to Zaan.

Zaan Khan was last seen in the daily soap ‘Ek Tha Raja Ek Thi Rani’ playing the role of Kunvar Jeevan Singh. He was also a part of the eighth season of MTV’s show ‘Splitsvilla’.

According to a report of SpotboyE, Nupur and Zaan are more than just friends and are dating each other. The report quotes a source saying, “Zaan introduced Nupur as his girlfriend to his friends at an event recently and this is how his closed ones are aware of the relationship. Nowadays, Nupur often hangs out with Zaan and Rafi Malik (whom she considers as her brother).

The source adds on saying, ”Nupur and Zaan seem pretty serious about each other, but you never know.”

Having a look at their social media also hints about their relationship. Both of them keep sharing pictures which show their strong bond!

Have a look at some of their snaps:

To hell with happy endings I’m here for the story? #bohosoul