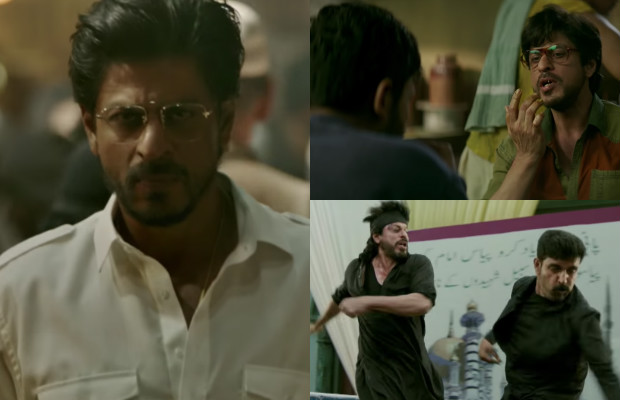 Moving briskly towards the day of its release, Shah Rukh Khan’s crime thriller Raees is giving us sneak peek into the story with each teaser, trailer and song that comes out.

The second promo is out now and it shows us how it all started for Shah Rukh Khan’s character Raees. A much younger looking Raees is seen sitting at a local restaurant with his confidante talking about how they work hard for everything and their boss takes all the monetary profits.

It’s that part in his life where he decides, he should work for himself and start out on his own. His friend tries to discourage him and says that in their business, backing is the key.

And there comes the hot favourite dialogue, “Backing nahi, daring! Baniye ka dimaag aur miyanbhai ki daring, dono hai apne pass.” With that, you feel like whistling. The charm and candor that Shah Rukh gets to his character of Raees draws you strongly to the film and raises the excitement.

Directed by Rahul Dholakia, the central cast also includes Mahira Khan and Nawazuddin Siddiqui. Raees will release on January 25 when it will clash with Hrithik Roshan’s Kaabil at the box office.