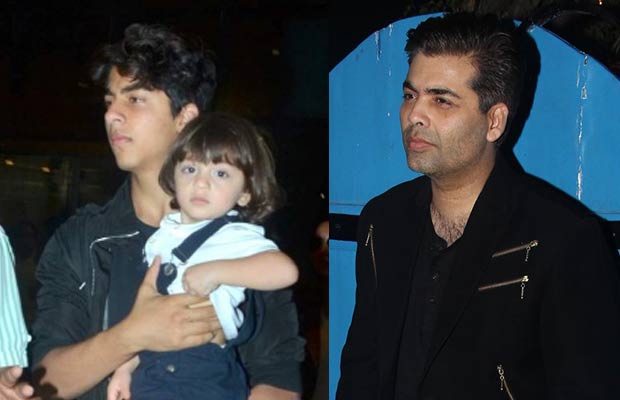 [tps_footer]A month ago, Bollywood director and producer Karan Johar, who has kick-started the careers of many star kids had expressed his plans on launching Shah Rukh Khan’s son Aryan Khan. Karan Johar, who is very much a close friend of SRK, had said that nobody better than him could launch Aryan.

While everybody was waiting on when Karan will launch Aryan Khan, Karan Johar finally revealed on the same at the wrap-up party of Baar Baar Dekho. When asked about his plan to launch the handsome teenager, Karan said, “Aryan has to study now and after few years he will decide if he wants to enter movies. I am his godparent and I will hope for the best.”

When asked when is he planning to launch Shah Rukh’s youngest son, AbRam, Johar surprisingly said, “AbRam? He is going to turn three-year-old in May. First I’ll launch Aryan and then we will see about AbRam.”

Well, we all know Aryan is undoubtedly the most popular star kids among everyone. While the father is king Of Bollywood, son Aryan is king of social media. Recently, even SRK had said that he will allow his kids to enter Bollywood only after they finish their education. Well, we say it’s a right point!

But the fact is, the handsome boy has a huge fan following on social media and with this we are eagerly waiting to see him making his Bollywood debut. He also looks all prim and proper and promising for the tinsel town. Don’t you agree?[/tps_footer]