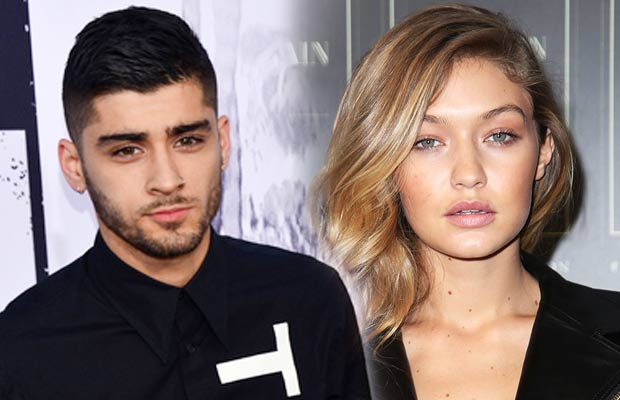 [tps_footer]Gigi Hadid is one lucky girlfriend for sure. The gorgeous starlet who is making all the rounds for her relationship with Zayn Malik has yet again made everyone envious of her. Gigi and Zayn are totally drenched in love. The two stars cannot keep hands off each other and with Hadid’s birthday, we were surely expecting something sweet from Zayn.

Lately, there have been reports which state that there is a trouble in paradise for Gigi and Zayn. The two stars who recently made headlines for their intense shoot were apparently not in good terms with each other. It was reported that Hadid caught Zayn texting his ex-flame Perrie Edwards. Speculations also were rife with the fact that the former One Direction star is still lost in the thoughts of Perrie.

Ditching all the rumors in the way, Zayn Malik has finally proved that he is solely in love with Gigi Hadid. Gigi who celebrated her 21st birthday on Saturday has posted a picture of her wonderful birthday cake. It is not specifically mentioned that the cake was bought by Zayn but the lovely caption suggests the same. Gigi took to the microblogging site Twitter and posted the picture captioning it, “he wins ;).” 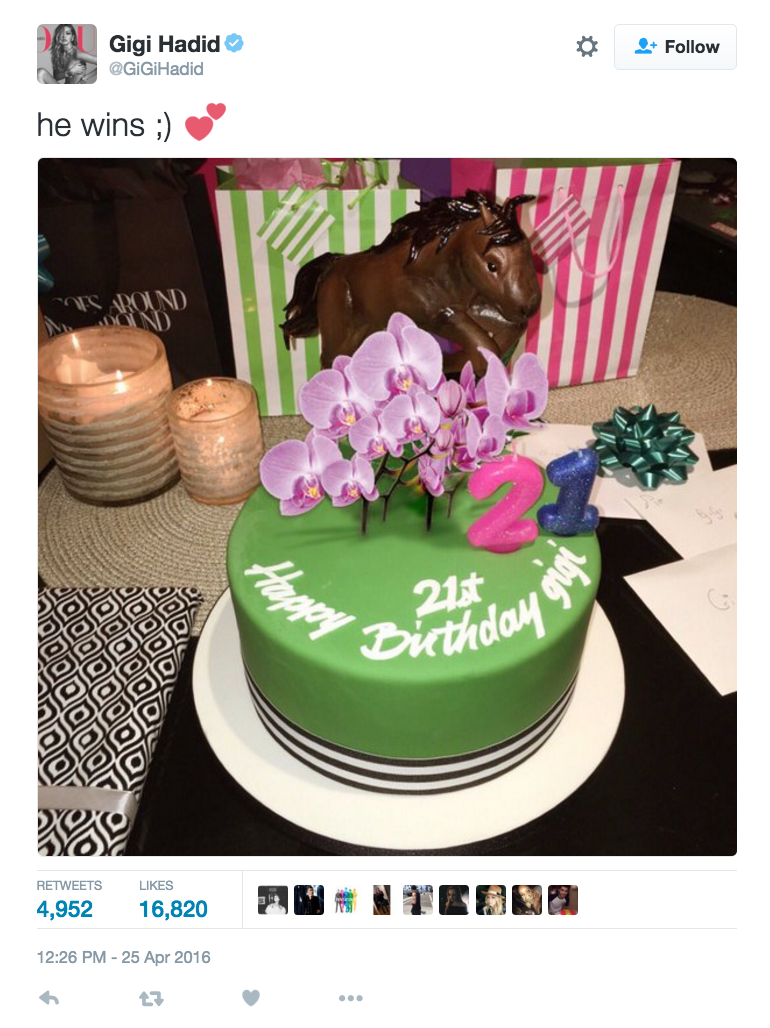 The cake is adorable to the core with a chocolate laden horse riding amidst the orchids. Well, must say Zayn knows how to impress his lady love. We can surely now conclude that Zayn and Gigi are for keeps and nothing is wrong between the two love birds![/tps_footer]