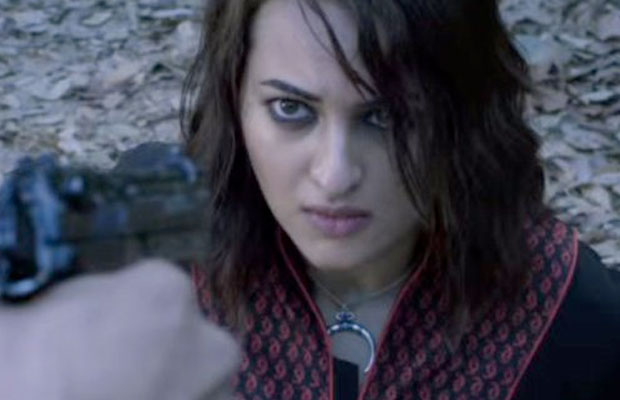 Sonakshi Sinha is soon going to portray a new character in ‘Akira’. The mind blowing actress who is confident to the core will be seen in a daredevil image in the film.  Sonakshi who loves experimenting with new characters is the sole principle character in the movie.

The beautiful starlet who has acted with all the top actors will be taking the film ‘Akira’ on her own shoulders. Sonakshi is playing the main lead in the film. Apart from the Dabangg actress, the movie also stars Konkana Sen Sharma, Anurag Kashyap and Shatrughan Sinha in principle roles.

The trailer is gripping to the core with violence at its peak in some scenes.Moreover, it also has an emotional side to it when the character of Akira is afraid of losing her family. The film will then see Sona entangled in a serious crime with loads of thrilling suspense.

Moreover, Anurag Kashyap is also looking promising in his acting stint. The filmmaker is portraying a bad man.  ‘Akira’ will tell the tale of a girl who hails from a small town and then fights all the odds in her way. Not just that, the glimpse also shows the ugly side of the law.

‘Akira’ is more than just Sonakshi’s sole persona; it will also encompass many other areas. Directed by A R Murugadoss, the much-awaited film will hit the screens on September 2nd, 2016.