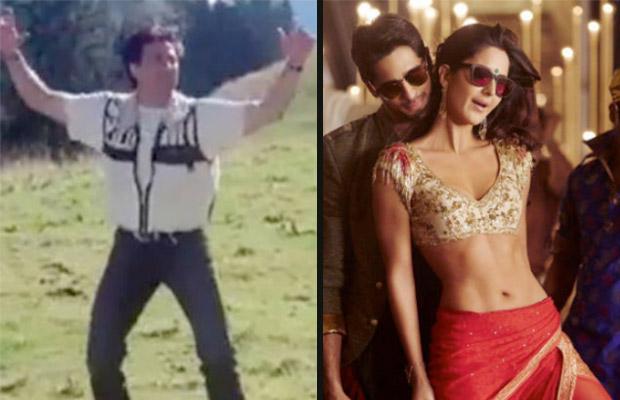 Bollywood actors Sidharth Malhotra and Katrina Kaif’s Kala Chashma had taken the Internet by storm soon after the release. The song has become a new craze and turned into a hit song soon hours after it was released. Can you imagine Sunny Deol dancing on the beats of this new party anthem?

Well, the Kala Chashma fever is yet not over and the fans have come up with a funny twist. The fan made the video of Kala Chashma’ features Sunny Deol and Karisma Kapoor. You will be blown away by the sync done, matching exact beats with Sunny Deol’s steps.

It is an interesting mash-up of two songs – the audio song is ‘Kala Chashma’, while the video is a song from the 1996 movie ‘Ajay’ that featured Sunny Deol and Karisma Kapoor. We all know Sunny Deol is not a dancer but this video proves that even 90s dance steps can make a song worth watching!

Well, applauded to the brilliant timing and editing of the song and video! This is hilarious!

Directed by Nitya Mehra, ‘Baar Baar Dekho’ features Sidharth Malhotra and Katrina Kaif in the lead. The movie is set to hit the theatres on September 9, 2016.