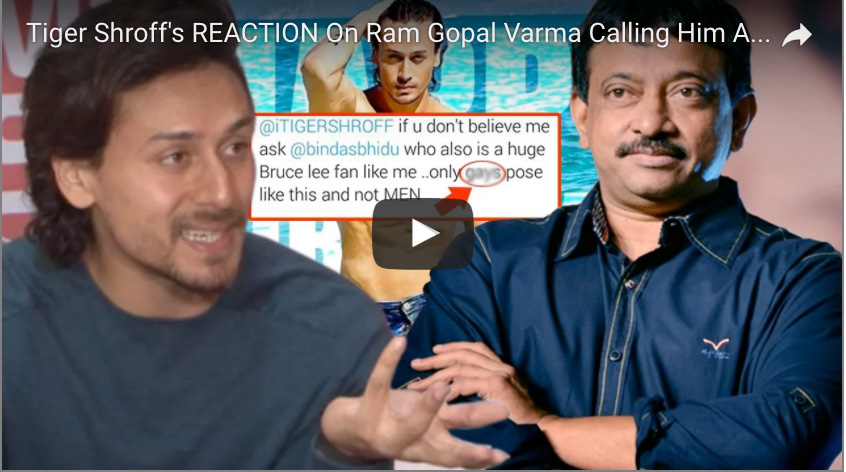 Here’s what Tiger Shroff has to say about Ram Gopal Varma’s machoism comment.

On Tiger Shroff’s birthday, director Ram Gopal Varma made some insulting tweets by calling the actor “g*y”. The ‘Sarkar 3‘ director went on a rant, calling Tiger Shroff a “bikini babe” before giving him tips to learn “machoism” from his dad Jackie Shroff.

Not just one, he posted back to back posts that was rude. He later deleted the post after facing the brunt for doing so on the social media. But here are the screenshots of the tweets that were deleted by the director.

At the inaugural day of Mumbai International Motor Show, when asked about his response, here is what Tiger said. “ Ram Gopal Varma is a senior filmmaker and entitled to his opinion. I am not even half the man that my father is. He is the original hero. Even if I tried I can’t be like him. But everyone has the freedom of speech. He is a senior director, so, there’s not much I can say to him.”

Tiger Shroff and Ram Gopal Varma have worked in Rangeela and will be back together in Sarkar 3. 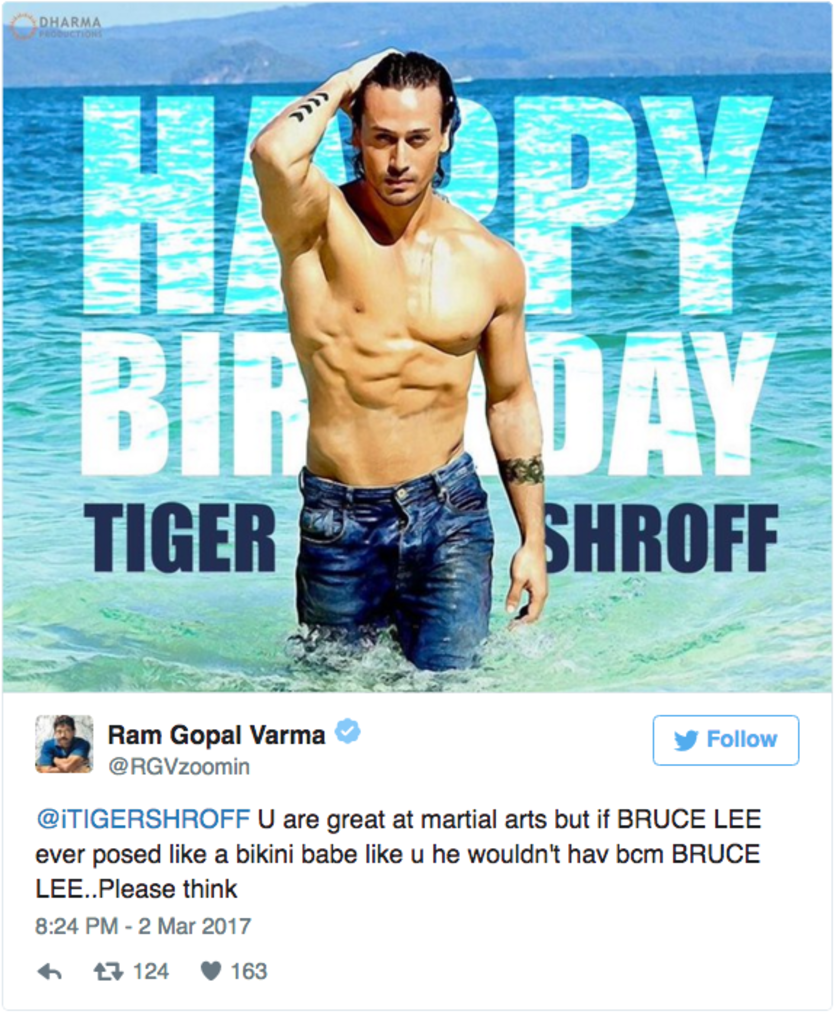 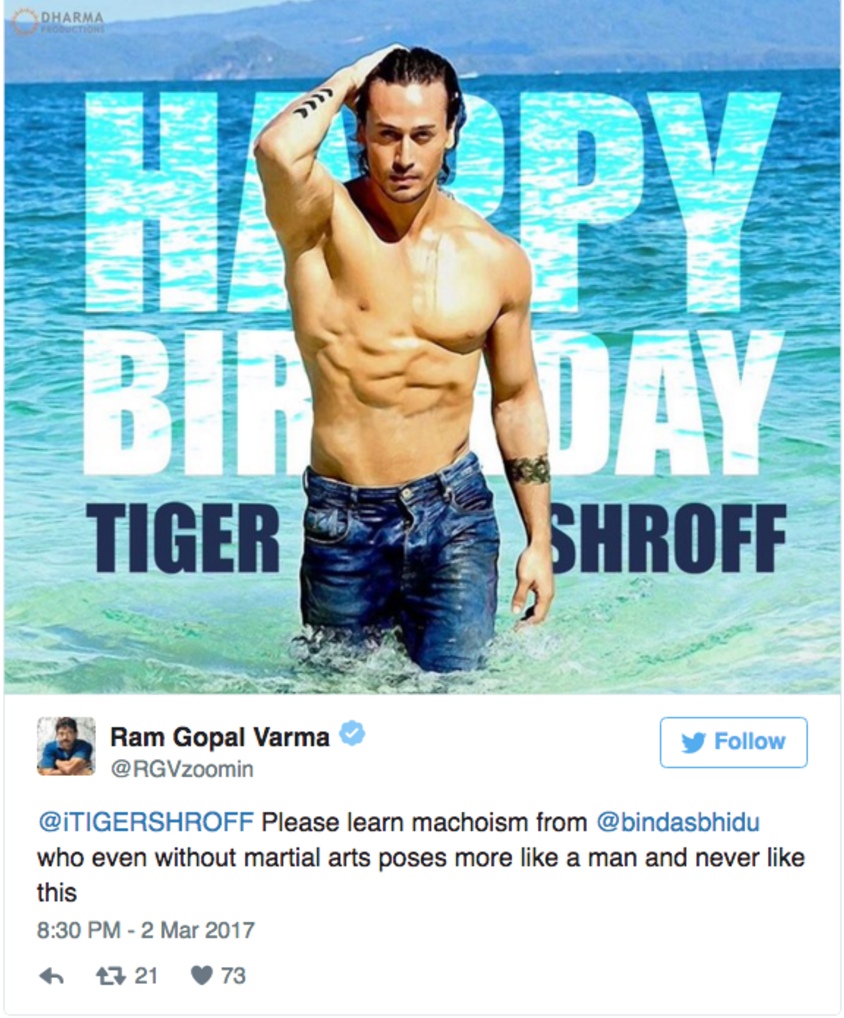 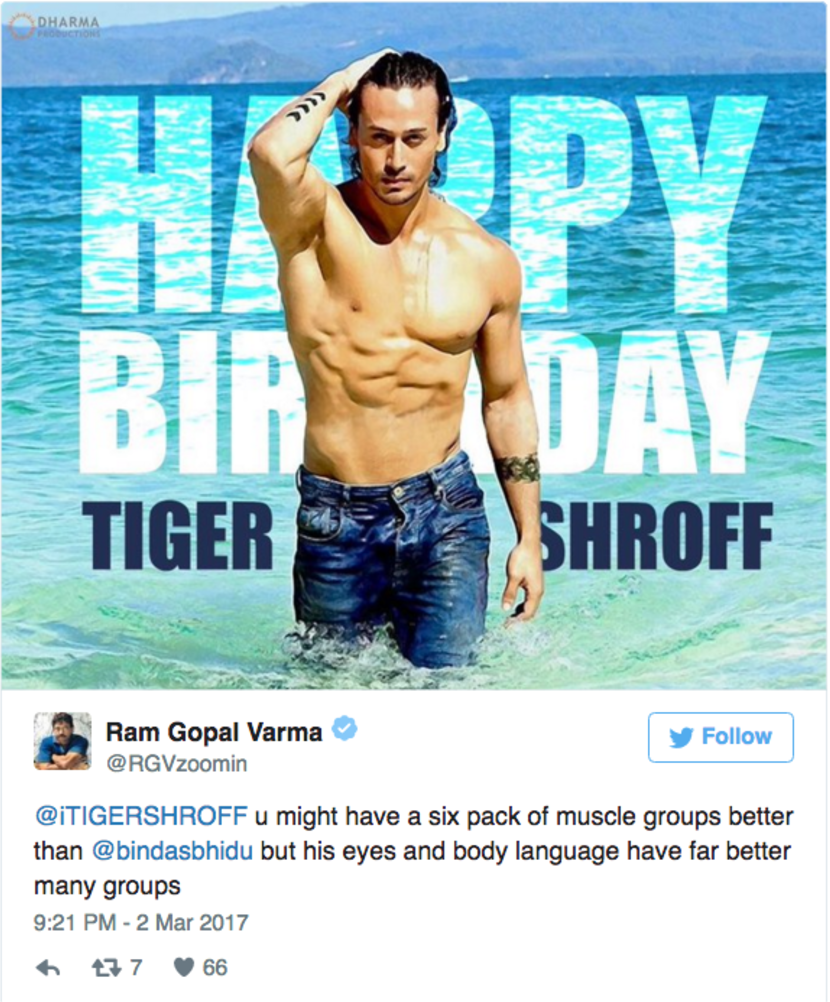 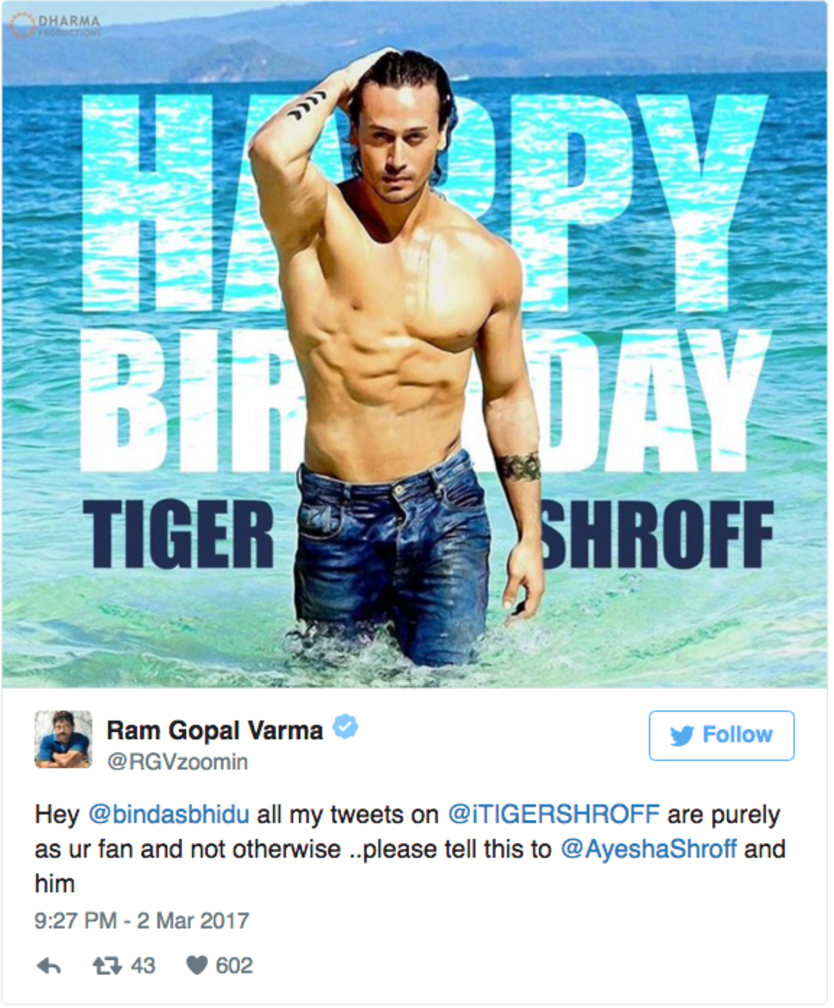 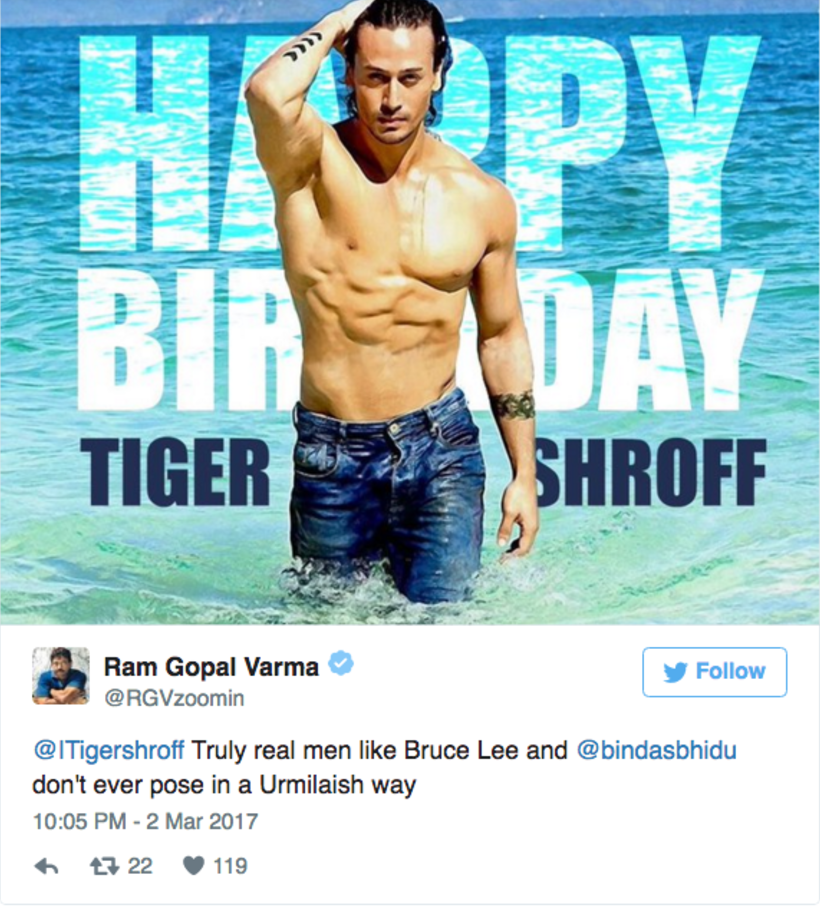 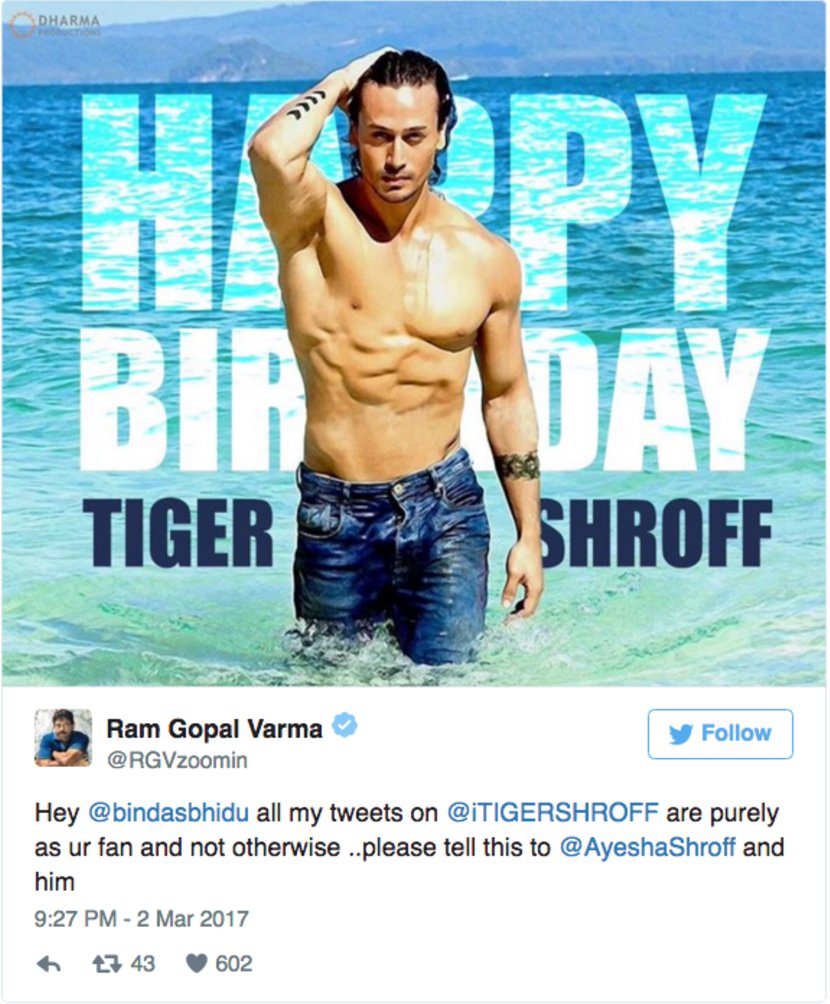