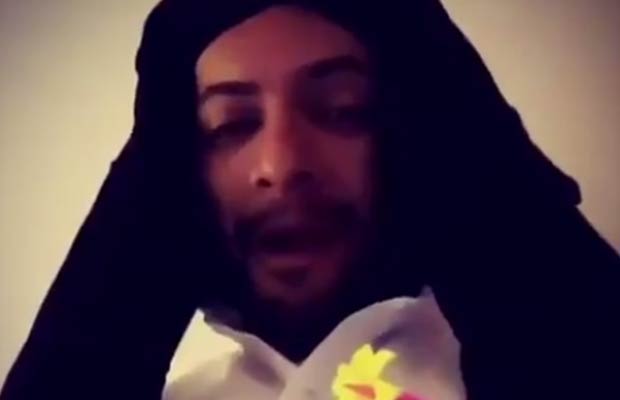 [tps_footer]Pakistani singer Taher Shah, who emerged as Internet sensation with his video ‘eye to eye‘, recently, had unleashed his new single ‘Angel’ that had taken the Internet by storm and the trolling on the social media was merciless. The song was loved by many but equally, it seemed like a gem for Internet trolls. The man with long locks was over the Internet for a couple of days after the song was released.

Taher Shah’s music is known for all the wrong reasons and one of the lines from the recent song ‘Angel’ was, “without your eye, I’m like butterfly”. With lyrics like this, Taher Shah has been popular always despite receiving twitter trolls.

Well, recently, actor Ali Fazal got witty at his best and planned to do a dubsmash on Taher’s song Angel, which has gone viral and is been trending on micro-blogging site twitter with hashtag #AngelAliFazal. Dressed sort of like Taher and getting bizarre expressions like him, Ali Fazal is seen lip-sync to the ‘Angel’ song and it is quite hilarious. Also, do not forget to notice that flower in his pocket!

He also retweeted his video on twitter with a caption, “Hahaha thanks Jatin… Yes angel is the way to theee heart”

We are sure you will love to watch this hilarious video of Ali Fazal on a repeat video. Also, do share your thoughts on this funny video that has left everyone in splits.[/tps_footer]