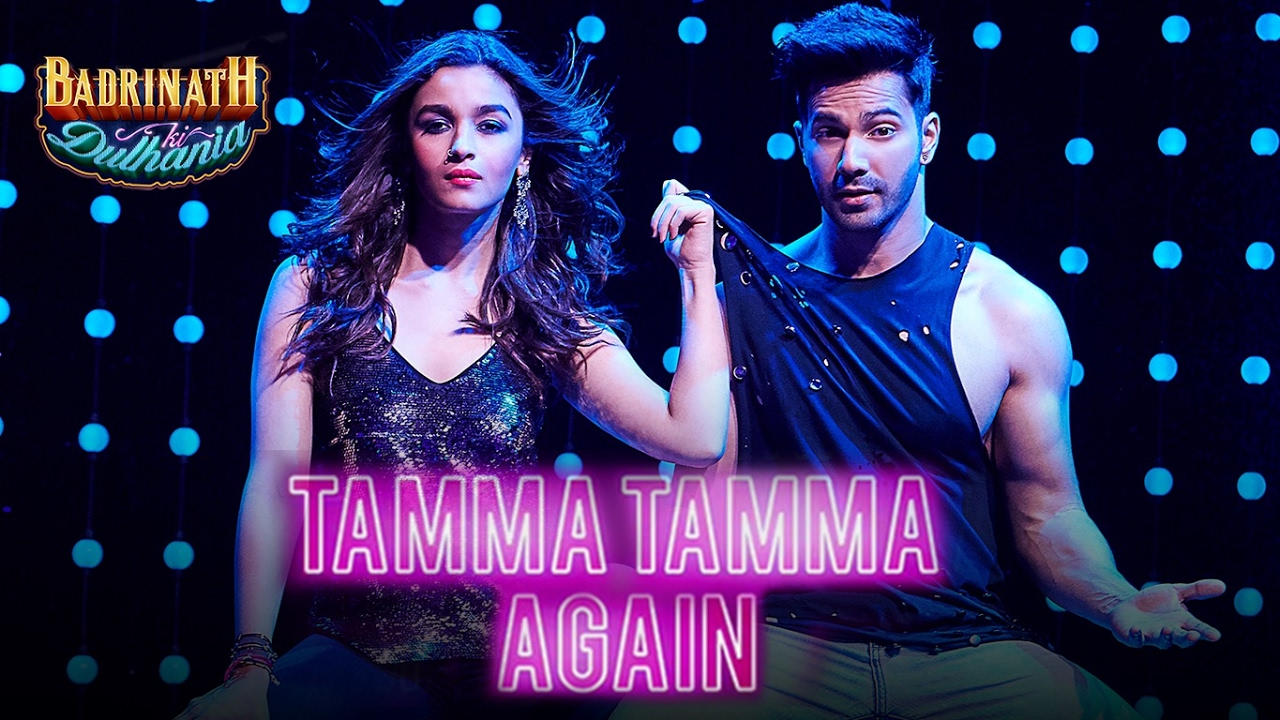 Bollywood’s most favorite onscreen couple Varun Dhawan and Alia Bhatt have got a perfect plan for the weekend by making you groove on the recently released peppy number, Tamma Tamma Again from their upcoming film Badrinath Ki Dulhania. After the amazing trailer and first title track, the makers of the film have released the second much-talked song, Tamma Tamma, which is a recreated version of an iconic number from film Thanedaar. Yes, Varun and Alia have stepped into the shoes of Madhuri Dixit and Sanjay Dutt for Tamma Tamma and believe us, they are rocking!

The song was originally sung by Bappi Lahiri and Anuradha Paudwal. However, the revamped version sees Badshah’s rap, making it a total party package song. Once again, Varun Dhawan and Alia have nailed it with their rocking and energetic dance performance. The Mannequin challenge is one of the highlights of the song. Colorful, peppy, energetic and full of life, this song is surely going to be in a loop and on the list of all the DJs at the clubs this weekend. So, don’t wait, put your headphones on starting grooving to “Tamma Tamma”

Directed by Shashank Khaitan,  Alia plays the character of Vaidehi and Varun plays the central character of Badrinath. The film is a spin-off of Humpty Sharma Ki Dulhania and is all set to release for Holi weekend release, on March 10.