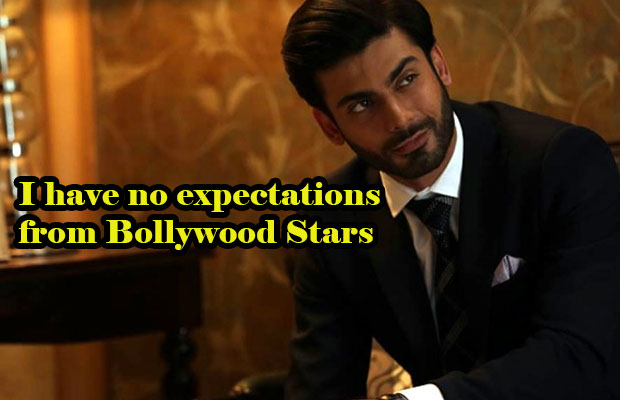 Pakistani actor Fawad Khan made his debut in Bollywood with Sonam Kapoor starrer “Khubsoorat”. Then he was seen in Karan Johar’s home production film “Kapoor and Sons” alongside Sidharth Malhotra and Alia Bhatt. The Pakistani heartthrob was last seen in Karan Johar’s “Ae Dil Hai Mushkil” alongside Aishwarya Rai Bachchan, Ranbir Kapoor, Anushka Sharma. Well, Fawad Khan has worked into three Bollywood movies and managed to win many hearts in India. However, after the ban was imposed on Pakistani artists from working in India, Fawad returned to Pakistan but the actor is still in contact with B-town friends.

In an interview to Dawn, the actor speaks about films, family and controversies. The actor is currently giving all his time to his newborn daughter Elayna. He said, “We’ve just had a baby and she takes up most of my time, and I’m finally getting to spend quality time with my family.”

Talking about his struggles and ups and downs he had in life, Fawad said, “Whatever that dark period was, I’m glad for it. Yeah, I’ve been penniless. I’ve had to struggle a bit. But now I enjoy thinking about that because it just makes me feel better about my achievements.”

When Fawad was asked about how the ban affected his friendship with Indian stars, he said, “I’m still in touch with a lot of my friends there. Nothing’s really changed. Obviously, I’m not a man of steel in that people’s words don’t affect me. They might hurt me. But I am becoming immune to it as time goes by. I have no expectations from them, and that’s what I think has developed this camaraderie. Even if I don’t work with them ever again, I’ll still always have love and regard for them, and I assume that’s how they feel as well. That’s why we’re still in touch. We even make plans to meet, to catch-up.”

Speaking about his experience of working in India, the Pakistani heartthrob said, “In Bollywood, they’ve got their systems in place. It’s a monster machine that’s churning out like 400 films a year, consistently. They’re able to efficiently process things. For example, when I was on the set of Khoobsurat, there would be a team of auditors who’d be analysing the cost of each day. Seeing it practically kind of reinforces your belief that planning is very important. There are a few producers who are doing that here and it’s encouraging to see that. But other than that, if you talk about acting, I think I’ve learned as much there as I have here [Pakistan].”

The actor also finally opened up about the Pakistani artists banned in Bollywood, He said, ” The motto of my life is ‘the best advice is no advice at all.’ Yes, there’s a lot of sadness and grief in the world. But my belief is if one wants to take a stand on something, one must be very educated about it.”

He also dded saying that how people take things out of context without knowing the entire situation. He added, “It’s a very sad fact that people are not well-versed in subjects and tend to get into heated arguments without knowing the context of things. I’ve been a victim of that myself. If I’m going to talk about something, I need to be educated about it and I need to have seen all the perspectives.”