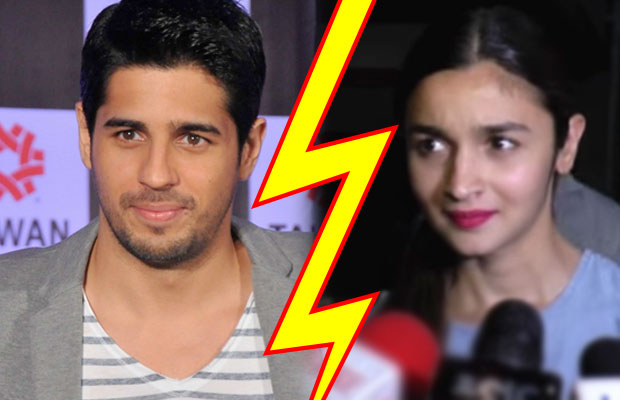 [tps_footer]Alia Bhatt is apparently dating actor Sidharth Malhotra. The two actors who started off in the film industry together with ‘Student Of The Year’ are much in the news for their bond. Reports state that Alia and Sidharth are very much seeing each other and the two want to keep their relationship in wraps as of now.

Alia is receiving all the applauds for her character in the film ‘Udta Punjab’. The young actress has impressed the masses with her versatile acting skills. Moreover, the critics have also praised the Bhatt girl by all means.  ‘Udta Punjab’ gathered loads of limelight for its controversy. Above all, the film is being termed as the best one for Shahid Kapoor and Alia Bhatt.

Recently at an event, the Highway actress was asked if Sidharth Malhotra had seen the film. The actress adorably stated, “Sidharth is busy with his shoot in Miami. Once he watches the movie, he will tweet about it. I will wait for his tweet.”

Well, we are sure Sidharth will also like Alia’s pain staking role in the movie. The reports about Alia and Sidharth dating came in the open during the film ‘Kapoor & Sons Since 1921′. During the promotions of the movie, both the actors gave various hints of their strong bond. Lately, it was also said that the two talent bundles are probably parting ways.

After Alia Bhatt’s comment about Sidharth we can assume that things are going pretty balanced for the two.[/tps_footer]