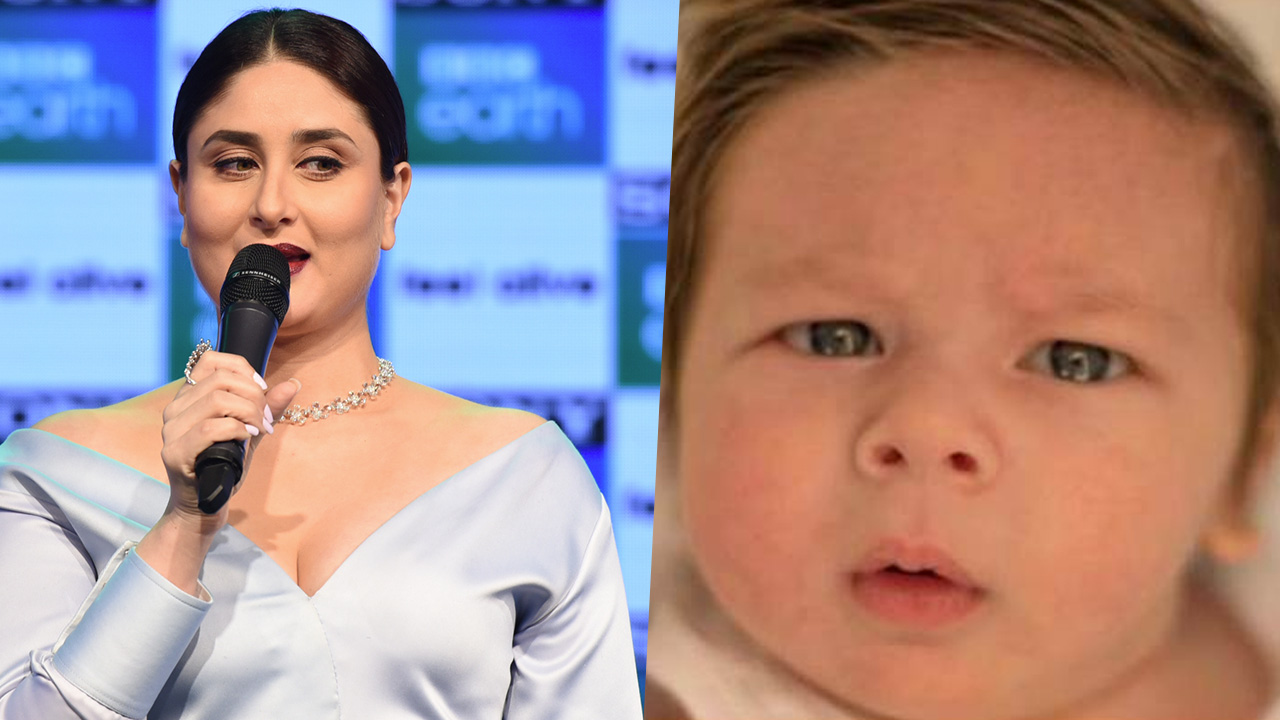 Recently, we told you that Kareena Kapoor Khan prefers to call her son ‘Little John’ instead of Taimur Ali Khan Pataudi. It was conjectured that she doesn’t like the name Taimur and therefore decided to give her a nickname. We think, it is just her Kapoor tendency coming into play where she likes nicknaming. She is popularly known as Bebo.

During the press interaction, she was asked about how she felt about the controversy surrounding her child Taimur’s name. She was even asked to clarify the reports that said that her husband, Saif Ali Khan was inclined to change the name, whereas it was she who put her foot down and retained the name.

She was smiling and seemed that she would answer it. Unfortunately, the host of the event interrupted and asked the press to keep the questions pertaining to the channel launch only and not to raise any personal questions.

Alas!! But we hope to get a byte from Kareena soon about this.