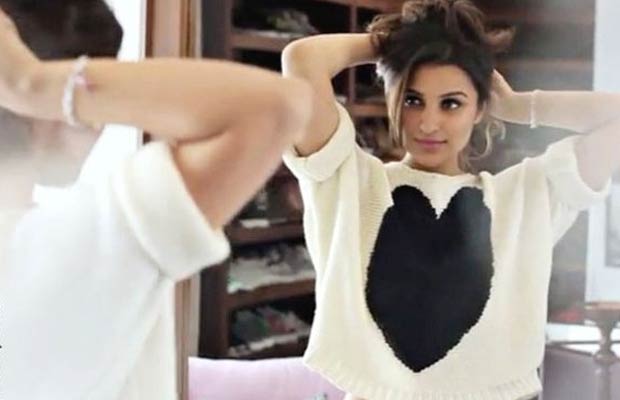 [tps_footer]Bollywood actress Parineeti Chopra, who impressed everyone with her Bollywood debut in ‘Ladies Vs Ricky Bahl’ opposite Ranveer Singh, is in limelight again after last movie Kill Dil. Yes, the actress who had vanished suddenly is making headlines again for her upcoming film ‘Meri Pyaari Bindu’.

After one year, Parineeti has found the movie that she wanted which will be produced by Maneesh Sharma under YRF banner and will be directed by a new director Akshay Roy. For the first time the actress will star opposite Ayushmann Khurrana in this upcoming film Meri Pyaari Bindu. Finally after a long wait, Parineeti Chopra has singed the film and interestingly she revealed in the most unique manner.

The official handle of YRF made the announcement first on the twitter handle.

Later, Parineeti Chopra also took to her twitter handle to share the most awaited moment of her. The actress tweeted with a caption, “Finally :)”

Months ago, the versatile actress Parineeti had also shared that she is doing films, which are in the process of finalization, and it seems finally the moment has arrived. Interestingly, Parineeti is already drooling everyone by her hot and immense physical transformation. Nevertheless, the actress who had vanished suddenly, is back again and moreover with talented singer turned actor Ayushmann Khurrana.

We are eagerly waiting to catch the wonderful actress on the silver screen![/tps_footer]