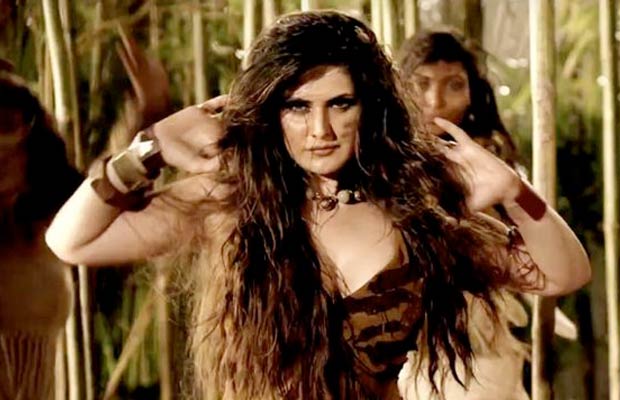 [tps_footer]Bollywood’s bombshell Isha Koppikar who is happily married to Timmy Narang, is the original sensation of Khallas song sung by Asha Bhosle for the movie Company. This movie had Ajay Devgn, Manisha Koirala, Vivek Oberoi and it a terrific business at the box office and now Ram Gopal Varma has tried to recreate the passion, thrill and raunchy looks and moves done Isha to Zareen Khan. It’s like Veer actress is desperately making attempts to look sexy onscreen and be the next bombshell of Bollywood instead of just an actress. And, Zareen Khan has actually dared to do a new version of Khallas for RGV‘s upcoming movie Veerappan.

Along with Zareen Khan, we will also see stars like Sandeep Bharadwaj as Veerappan, Usha Jadhav, and Lisa Ray in the flick Veerappan and this flick is slated to hit the theatres on May 27. The new version of Khallas song has been composed by Sharib Sabri and Toshi Sabri, and the lyrics have been written by Manoj Yadav. Whether someone else will be happy with this song or not, but Ram Gopal Varma is very pleased with Zareen Khan and he has tweeted something in her honour which we will leave for you to read on your own without giving our take on it. 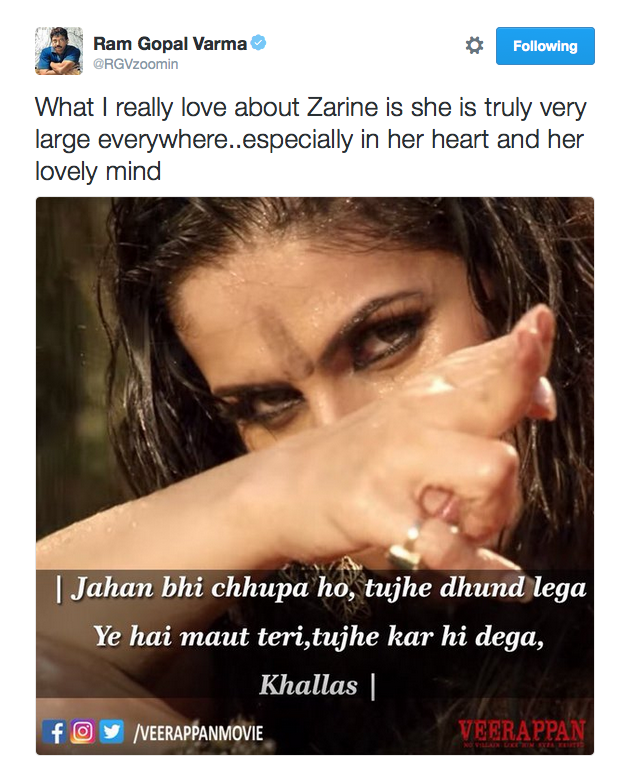 We warned you! Now check out the new track of Khallas featuring Zareen Khan and tell us did you like it or not?