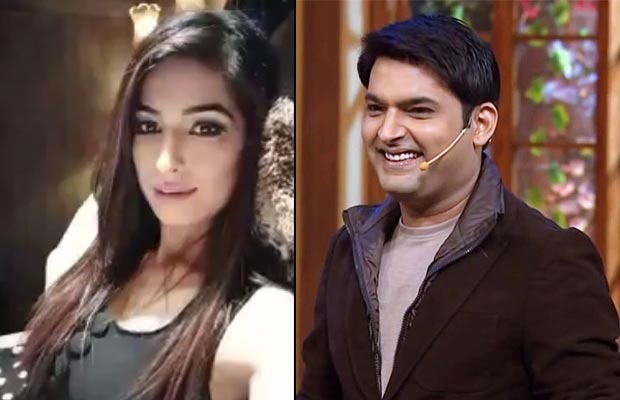 Priyanka Jagga is back in the news and this time, it is something related to The Kapil Sharma Show. Yes, read below to know more.

Bigg Boss 10 contestant Priyanka Jagga, who was thrown out of the reality show, is back in the news for all the wrong reasons. Recently, Priyanka was in the news for allegedly dating Om Swami only to be a part of celebrity dance reality show, Nach Baliye 8. However, the drama queen rubbished the reports stating that why would she dance with an elderly man and that she is never going to comeback on the television.

While the rest was just a rumour, Priyanka Jagga is making headlines for being approached by the makers of the ‘The Kapil Sharma Show’. Confirming the development, Priyanka, in an interaction with ABP said, “Yes I got a call from them but there is a reason I can’t do and it is the contract with Colors TV channel. And it is because of this contract that I can’t do shows on other channels.”

When Jagga was asked about this, she said, “No my contract has not been cancelled. Channel has not given me such kind of information regarding my contract with them. Unke (Salman) Bolne se khatam ho jata hai contract?”

We all know Kapil’s show is facing low TRP ever since Sunil Grover, Chandan Prabhakar, and Ali Asgar have boycotted the show. But are the makers planning to bring Priyanka Jagga only to fill the absence of other comedians and to raise the TRP of the show? Not so cool!