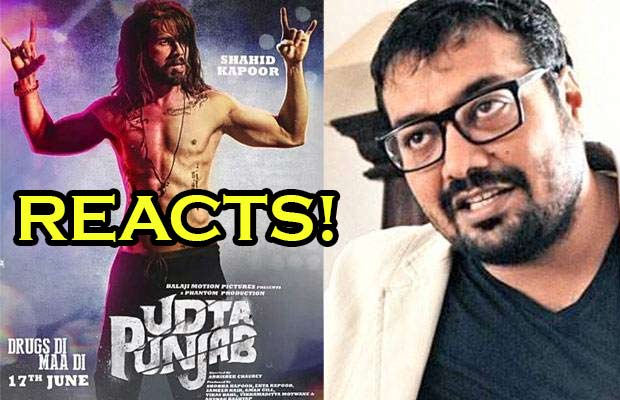 [tps_footer]The entire film fraternity along with the makers of Udta Punjab burst into celebrations after Bombay High Court cleared the release of the film with only one cut. On Monday evening, High Court released its final decision saying that the film can be released with only one cut. The other 89 cuts, which were ordered by the Central Board of Film Certification, were pulled down by HC.

Anurag Kashyap, who is one of the producers of Udta Punjab, was very much happy, as he was the one who approached Bombay High Court over the justice of Udta Punjab against Censor Board. Earlier today, while addressing media, Anurag Kashyap was asked that CBFC has threatened Udta Punjab makers over approaching Supreme Court to get stay order over the release of the film.

Reacting on the same, Anurag Kashyap said, “I don’t think that will happen. But if it does then what can we do?”

Well, it seems the battle has not ended yet but all we hope is that this thing does not happen and the release of the film goes smooth. The film, which has been cleared by ‘A’ certificate, stars Shahid Kapoor, Kareena Kapoor Khan and Alia Bhatt in the lead roles.  Directed by Abhishek Chaubey, the thriller will be having a drug mafia, and the characters of the film will be revolving around the storyline of drug abuse amongst the youth. Udta Punjab is slated to release on June 17.[/tps_footer]